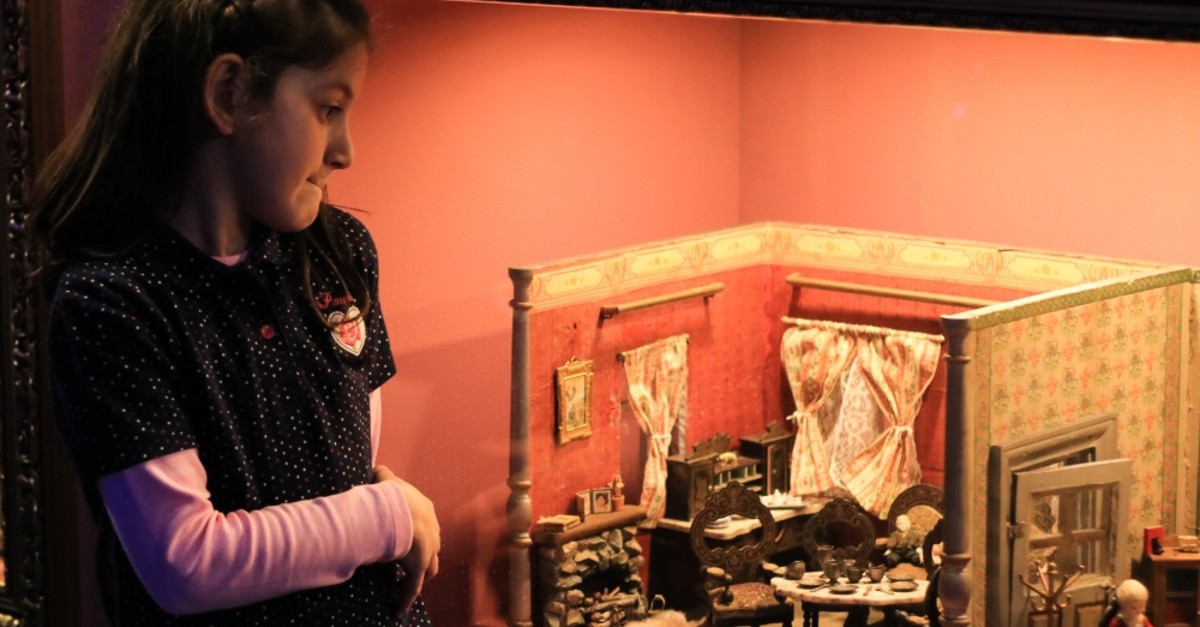 Among the 1,000 pieces on display at the Toy Museum, founded by Canik municipality in Black Sea region's Samsun province, a few very special 300-year-old toys are among the most valuable.

In the museum, where writer and journalist Sunay Akın serves as a concept consultant, toys that children do not drop from their hands in many places in the world such as Germany, France, America, Japan and Poland along with Turkey, can be found.

The most noteworthy pieces in the museum - where there are about 1,000 toys ranging in variety from babies to cars, from horses to trains, from stuffed toys to animal figures - are the toys that children played with in the past. Replicas of these toys were made 300 years ago after they were found in excavations.

Speaking to Anadolu Agency (AA), Hamza Aygün, the director of culture and social affairs at Canik Municipality, said that there are six toy replicas, which were prepared 300 years ago, in the museum.

Noting that these toys are human and animal figures, Aygün said, "One of the toys resembles a girl while the other resembles a boy. They were made of earth. It makes us excited to know that a child was playing with them 300 years ago. That is, children played with them until they grew up 300 years ago and got to know life with them."

He stressed that the way toys are made has changed as the years progressed.

"Other 250-year toys that we have here were made of wood not earth. They were prepared in a quality way and managed to reach the present. These toys are one of a kind and survived to date in a solid way. They were revealed by Sunay Akın with 20 years of work. They are on display at our museum now," he continued.

Implying that the technological era began with toys in Europe, Aygün added, "Before producing automobiles, Europeans produced its toy. Then, they took this toy as a portfolio and produced a real one. Indeed, toys became an educational tool. Railways, trains, cable cars, automobiles, tracks and many other technological vehicles were produced as toys first. The toy car of the Ford which was produced in 1950 is also in our museum."

There are toys from nearly 40 countries in the museum. Aygün lastly remarked that the countries which are advanced in technology come to the forefront in the toy sector as well.