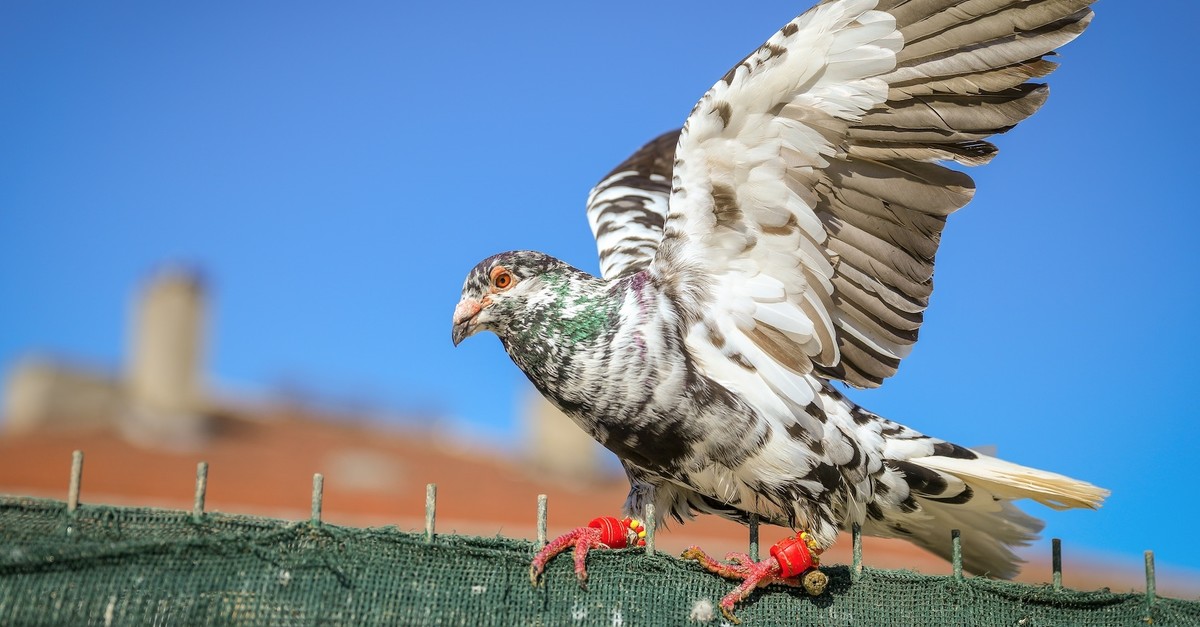 Hailing from the southeastern city of Şanlıurfa, Abdurrahman Dal has always been fascinated by birds. Dal, who manages a small tea shop in Istanbul's Mecidiyeköy, decided to turn his shop into a home for birds of all species.

Dal's family has been breeding pigeons for three generations. He started to keep a pigeon called "Yoksul" (meaning "Poor" in English) and this small bird's nest turned into a sanctuary for all birds. Now he houses three turtledoves, nine budgerigars, a couple of canaries and a total of 250 pigeons.

Dal also treats wounded birds brought by his customers and releases them back to nature once they are fully healed.

Speaking to Anadolu Agency (AA), Dal, who is known as "Pigeon Man" by his neighbors, said breeding birds is a family tradition and his great grandfather was taking care of birds even on his deathbed.

He said seeing birds flying in the sky gives him a pleasure like no other.

"I find birds closer to me, just like my family and friends. I talk to them as if I am talking to humans. When they are sick, I feel their pain and when they are happy, their happiness is my happiness," Dal said.

Dal's first pigeon that he took care of, Yoksul, was brought to him when it was just a baby by an acquaintance of his. The bird was so vulnerable that Dal did not want to let it go.

"I called him 'Yoksul' because he had no one. I am an orphan as well. I thought we were both orphans and can enjoy each other's company," he continued.

Dal is also a frequent visitor of the bird market in Edirnekapı and claims he would continue to go there and enjoy the birds even if he becomes a rich man someday.

When Dal talks about pigeons, he gives them human attributes. "Birds are just like people. Some of them are lazy; you cannot make them do anything. Some of them on the other hand are very angry and even violent to other birds. Some are kind and loving, and walk on their toes not to disturb anyone."

When asked about his future plans, Dal said he wants to get married but only if his future wife is an animal lover, especially a bird lover. "If she says she does not want any pigeons near the house, I would not marry that kind of a woman. I am already married to my birds," he said.