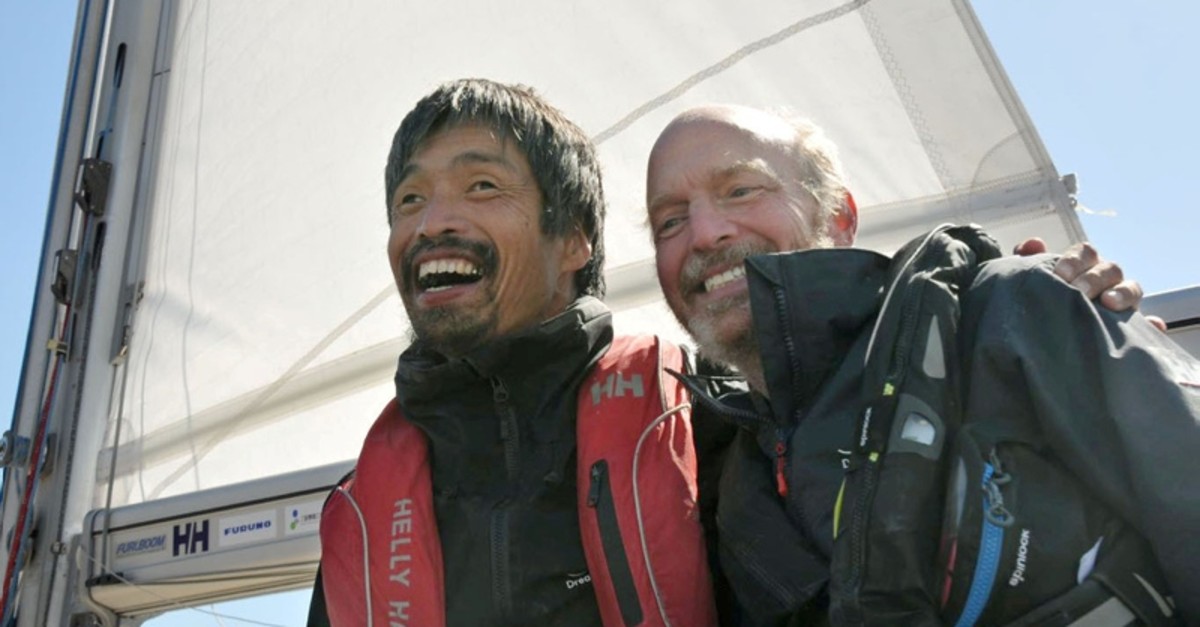 A blind Japanese sailor completed his nonstop Pacific voyage on Saturday, local media reported, becoming the first sightless person on record to navigate a vessel across the vast ocean.

Mitsuhiro Iwamoto arrived at the port in Fukushima in his 12-meter (40-foot) sailboat on Saturday morning, around two months after he left California.

Iwamoto, a 52-year-old San Diego resident, sailed from the U.S. city on February 24 with Doug Smith, an American navigator who verbally helped him by offering information such as wind directions.

This was his second attempt after his initial voyage was cut short six years ago when his yacht hit a whale and sank.

"I'm home. Thank you," Iwamoto told the welcoming party after his yacht sailed into Fukushima, ending a journey of some 14,000 kilometers (8,700 miles).

"I didn't give up and I made a dream come true," Iwamoto was quoted by Japan's Kyodo News as saying.

It was the first Pacific crossing by a blind sailor, Kyodo News said.

Iwamoto, who lost his sight at the age of 16, made the voyage to raise funds for charity, including efforts to prevent blinding diseases, according to his website.