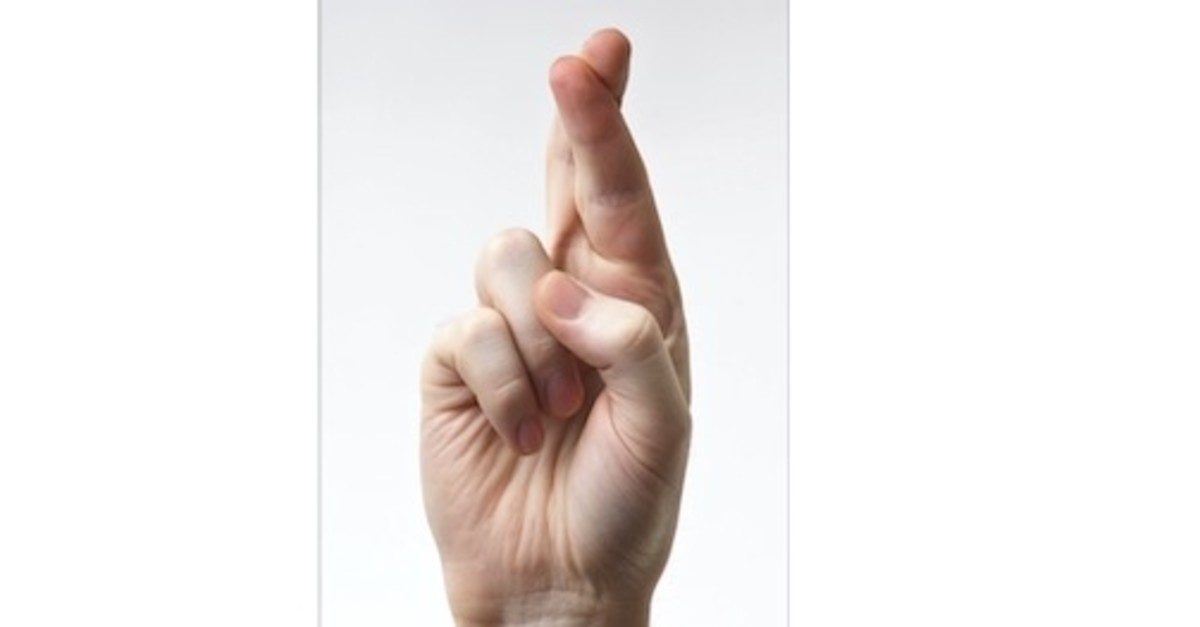 There are so many superstitions related to luck, because, well let's admit it: We are all in need of a little bit of luck in our lives. When it comes to luck, the most common superstition – and gesture – is crossing your fingers. But how does crossing your index and middle finger bring you luck? There are a couple of stories related to this gesture and of course, just like any other superstition, one of these stories goes back to pagan times. Pagans believed that intersections are places that host good spirits and they also act as anchors for good wishes and luck. Hence, whenever they wanted to wish someone good luck, they emphasize their good wish by crossing their fingers. Two people would cross each other's fingers (index finger over index finger) after one of them made a wish and this eventually evolved into one person crossing their fingers on their own. It is also believed that crossing your fingers can ward off evil.

The Catholics most probably adopted this gesture and superstition to their own rituals as crossing fingers also resembles an actual cross. The Christians would cross their fingers to invoke the power associated with Christ's cross for protection when they were faced with evil.

However, it is said that this superstition became common during the Hundred Years' War between the English and the French that lasted from 1337 to 1453. The soldiers were desperate for some luck and God's protection. Even if you need some luck, you had better be careful where to cross your fingers, because crossing your index and the middle finger has other meanings in other cultures. For instance, in Vietnam, if you cross your fingers while speaking to someone it is considered rude as it is the same gesture in their culture as holding up your middle finger in Western cultures. In Germany, if you cross your fingers, it might suggest that you are about to break an oath.