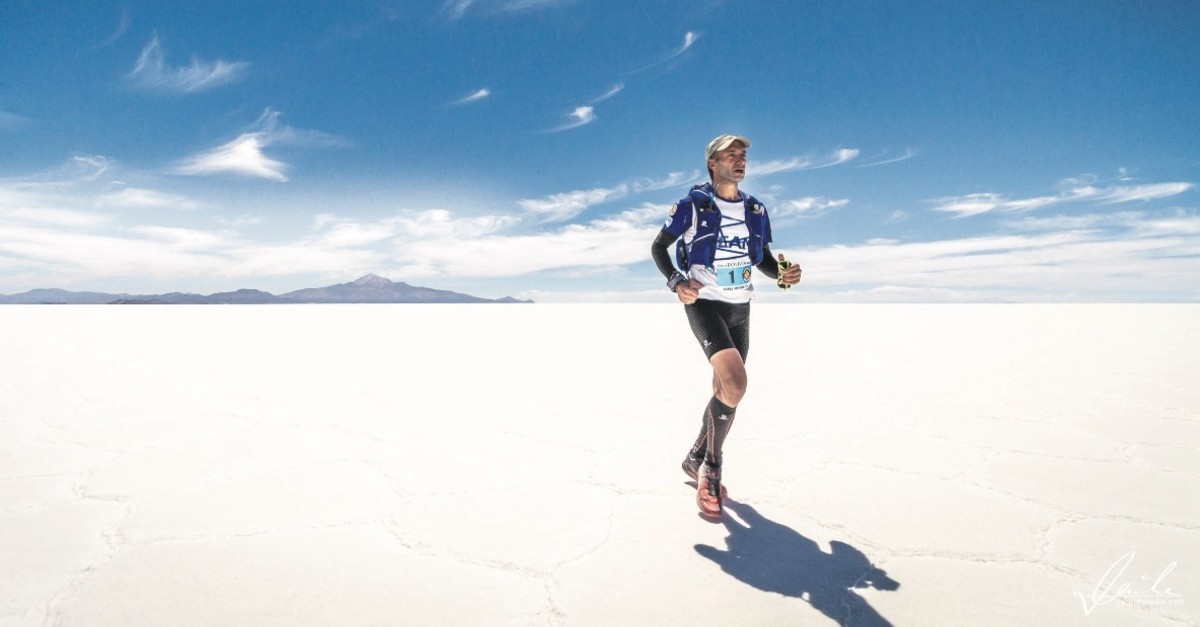 Gu00fcrkan Au00e7u0131kgu00f6z has been battling with diabetes for almost three decades but his illness did not prevent him from being a marathon runner and realize his dreams.
by Miraç Tapan May 01, 2019 12:10 am

Inspirational people do not pop up very often but when they do, they have the power to change the lives of more people than one can imagine. Meet Gürkan Açıkgöz, a diabetic marathon runner who is about to embark on the toughest challenge of his life

When life gives you lemons, why not make lemonade? This is exactly what Gürkan Açıkgöz, a marathon runner, did and is still doing. What makes Açıkgöz a source of inspiration and the embodiment of will and courage is not only his incredible success in international events but the fact he is doing all this despite being diabetic.

Gürkan Açıkgöz was 20 years old when he was diagnosed with Type 1 diabetes. With Type 1 diabetes, the body does not produce insulin. Our bodies break down the carbohydrates we eat into blood sugar, which is used for energy. Insulin is a hormone that the body needs to get glucose from the bloodstream into the cells of the body. You might think that this would stop him from pursuing his dreams, but it did not. After being diagnosed, Açıkgöz become a celebrated and decorated marathon runner.

Although Açıkgöz was not a full-time sportsman before the diagnosis, he was always interested in sports like motorsports, cycling and fitness. When diabetes became part of his life, Açıkgöz decided to start running 5 kilometers every day to help him with his illness.

"When I run or exercise for long periods, my blood sugar decreases easily. However, the idea of pushing the limits of my body and going long distances intrigued me as well. When I discovered that I have to check my blood sugar all the time and eat the necessary carbohydrates from time to time, I aimed for longer runs and eventually marathons," said Açıkgöz while opening up to Daily Sabah about his journey.

After learning how to control his illness while running a marathon, Açıkgöz decided to run the Lycia Road Ultra Marathon. While he continued his journey and became an inspiration for others suffering from chronic illnesses, Açıkgöz became a sportsman for the Salomon Running Team, which became one of the turning points in his life. "Now, I am running with the athletes that I was once inspired by. This was something that I could only dream of. However, I owe everything to my discipline and hard work," he added.

How to be a sportsman with diabetes

As a Type 1 diabetes patient, Açıkgöz has to inject himself with insulin even while he is running to control his blood sugar level. "When a diabetes patient exercises, the insulin he or she injects becomes more efficient. According to experts, no medicine is as efficient as exercise. I have been experiencing the positive effect of exercising for almost three decades. However, one does not have to be a professional sportsman. A half an hour of exercise two or three days a week is more than enough," said Açıkgöz. It is hard for a sportsman to get ready for a marathon, both body and mind, but Açıkgöz needs to be extra careful while preparing to run dozens of kilometers. "I am into ultra-marathons," said Açıkgöz. "Hence, I have to use my energy in the most efficient way possible by keeping track of my food and exercise. For that, I have a very strict work out plan. I have been working with my friend and trainer Utkuer Yaşar. Since I have been battling diabetes for a long time, I have a few ideas about my diet but still, I appreciate advice from dieticians."

Açıkgöz is surely a source of inspiration to people who should not see their diseases as an obstacle. Throughout his life, he learned how to control his disease and live with it. Unfortunately, when he first began running marathons, he realized that

What next? Continental Challenge

The lack of diabetic marathon runners gave Açıkgöz an idea: Completing the Continental Challenge series as a diabetic sportsman.

Açıkgöz said that this is the only ultra-marathon event that he has not yet been a part of and soon he will challenge his body and mind in the longest marathon of his career in the land of kangaroos.

"The Track Australia will be harder and longer than any other marathons I have run. This is my last challenge. The four previous Continental Challenges went smoothly. I managed to win a place on the podium. However, I do not have my eye on the prize. My only concern is to be able to complete the race in the healthiest way possible," Açıkgöz told Daily Sabah. The race will be run between May 15 and 24 and Açıkgöz will carry at least 6 kilograms of weight in his backpack, including his insulin shots. He will spend the night in the camping area in his tent and start running in the wild nature of Australia in the morning.

"If everything goes according to plan," said Açıkgöz, "I will be able to realize the dream that I had four years ago. During this challenge, I had the opportunity to see the incredible natural wonders and made incredible friends. When you start to get to know new people and cultures, you understand that the world is bigger than we can imagine."