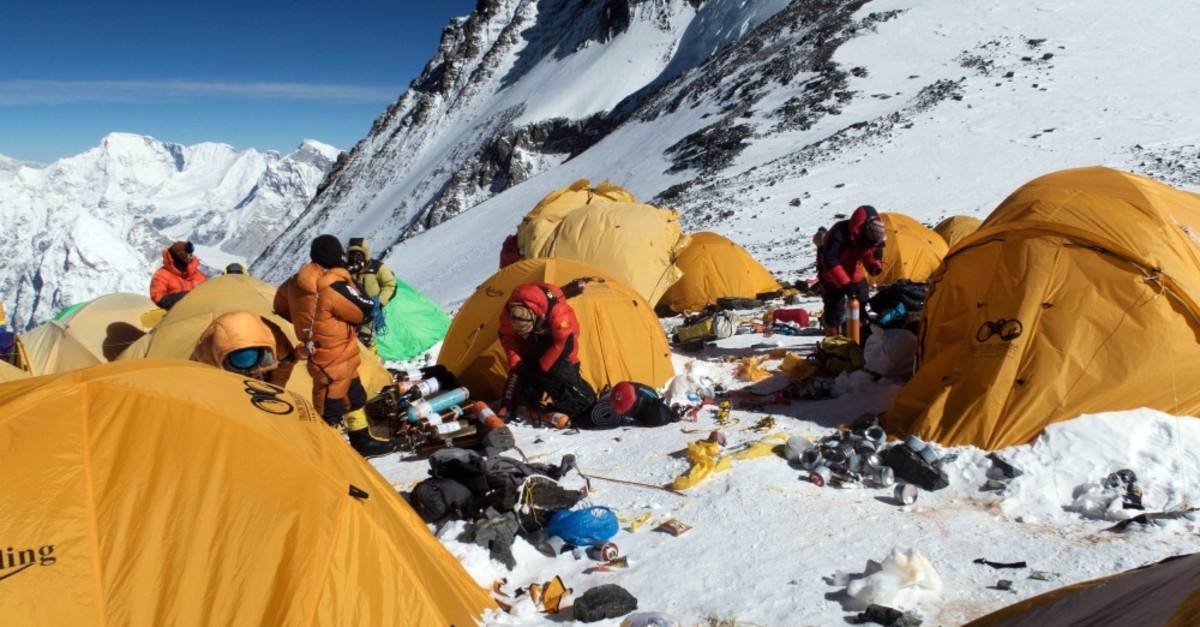 Melting glaciers caused by global warming are exposing trash that has accumulated on the mountain for decades.
by Daily Sabah May 01, 2019 12:10 am

One might think that there is no way the highest peak on Earth can be polluted, but since humans have been trying to climb the summit for centuries, Mount Everest looks like a huge junkyard. With the snow melting due to global warming, the garbage once buried under the snow is also coming to the light of day. Since April 14, the Nepalese authorities, as well as volunteers, have been cleaning the highest mountain on the planet.

As part of the 45-day "Everest Cleaning Campaign," which also aims to retrieve the dead bodies of climbers buried under the snow over the years, it has been reported that 3 tons of garbage have been collected in the last two weeks. The garbage is transported to Okhaldhunga and Katmandu by the military to be destroyed for good. Every year, hundreds of climbers, sherpas and high-altitude porters make their way to Everest, leaving behind tons of both biodegradable and non-biodegradable waste, including empty oxygen canisters, kitchen waste, beer bottles and fecal matter.

The month-and-a-half cleanup campaign is supported by a number of governmental and non-governmental agencies, including the federal Ministry of Culture, Tourism and Civil Aviation, Ministry of Forest and Environment, Nepalese military, provincial Ministry of Industry, Tourism, Forest and Environment, Nepal Mountaineering Association and Sagarmatha Pollution Control Committee. The cost of the campaign is estimated at $279,000.