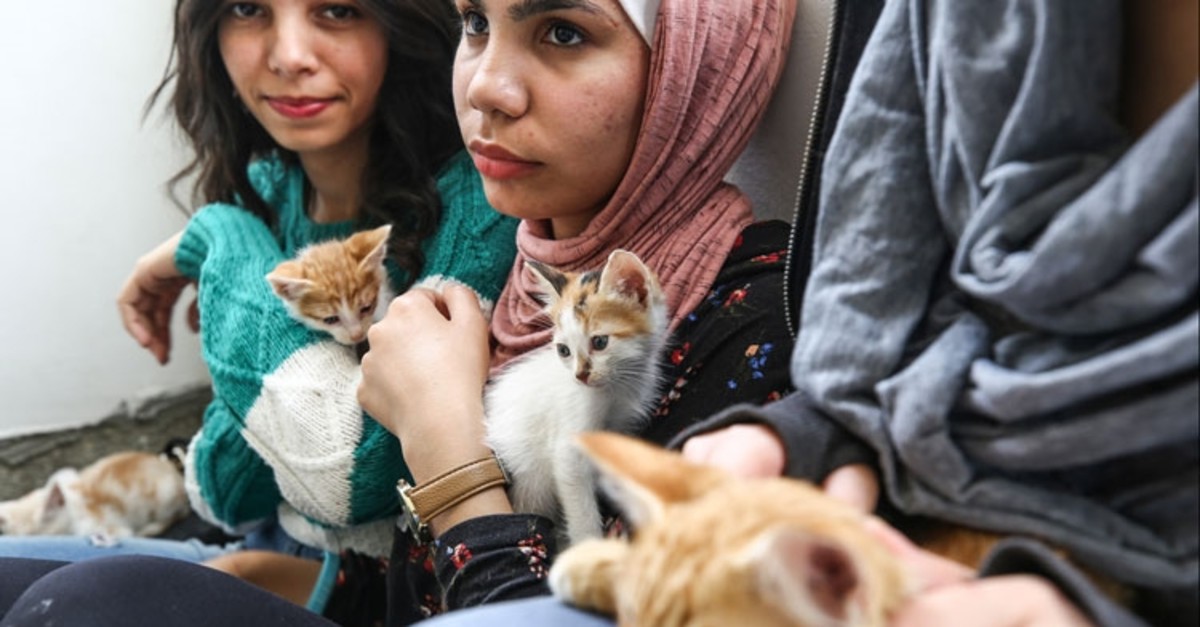 Despite the many hardships under an Israeli blockade, a group of animal lovers known as the Strays of Gaza is caring for the city's strays that need immediate medical attention.

The group, composed of 14 animal lovers, turned one of the group members' houses into a cat sanctuary. The group has so far rescued many strays that were injured and brought them back to life - all without looking for any financial benefit.

One of the members of the group, Rama Berekat, told Anadolu Agency (AA) that the only thing they receive in return of their work is the happiness in the eyes of the animals when they recover. "Besides cats, we also rescue stray dogs and birds," he said.

The Strays of Gaza group has been active since 2015 and mainly operates on Facebook. In addition to caring for strays, the group also teaches their followers how to take care of various animals. Berekat added that despite the decade-long financial difficulties, the animal lover group wants to continue their work. He said their dream is to build an animal shelter where they can offer veterinary services.

The Gaza Strip has been under an Israeli blockade since 2006.