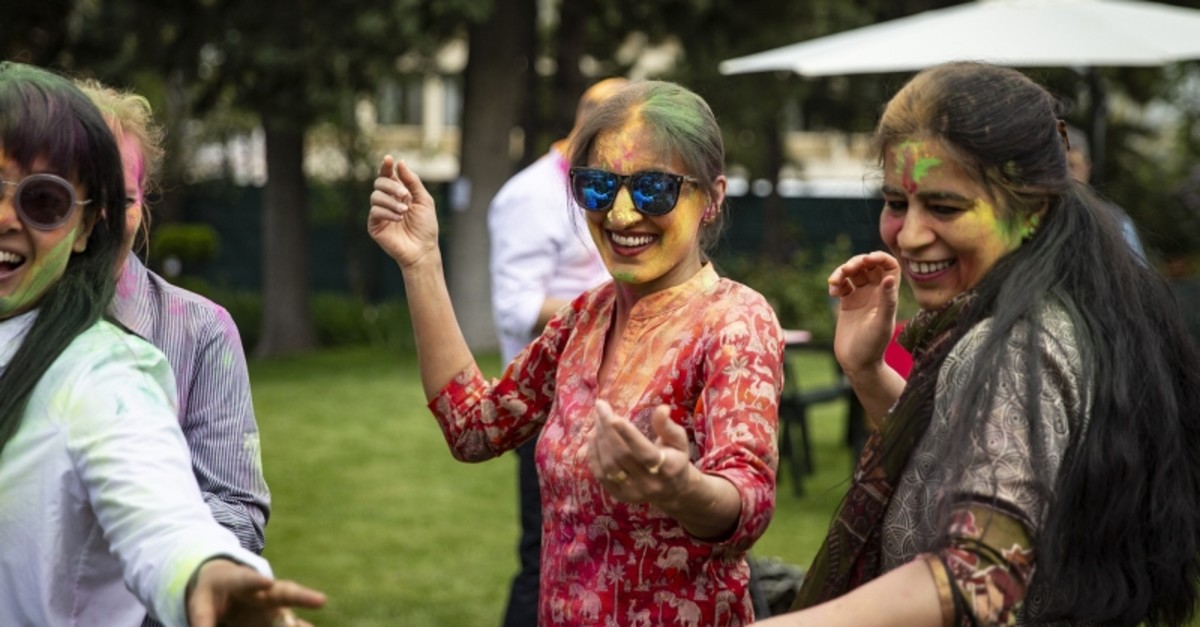 The Indian Embassy in Ankara on Sunday celebrated the Holi festival of colors, marking the traditional beginning of spring.

"The festival of colors, Holi as we call it in India, is actually the advent of spring, and for us, it's also the Indian new year," Sanjay Bhattacharyya, India's ambassador to Turkey, told Anadolu Agency.

This is the time when people put the past behind them and start a new chapter, Bhattacharyya said, adding that the festival is also when everyone has a lot of joy and an abundance of energy is released with a palette of vivid colors.

"It also coincides with the time when all the flowers come out, so it seems as if man and nature are in harmony," he added.

Envoy said there is also an Indian myth behind the festival, telling of how a "very virtuous person" emerged victorious in a fight versus a demon.

He added that Indians sometimes collect a huge pile of wood and light a bonfire, in a ritual symbolizing the "death of evil" and the rise of virtue and righteousness.

Noting that Indians follow the lunar calendar for festival celebrations, Bhattacharyya said this makes the exact day of the Holi festival vary.

"In India, it's usually held towards the end of March, but it's when the spring comes in India. In Ankara, spring seems to be coming now."

The embassy invited many Indians living in Ankara and Istanbul, as well as guests, diplomats, and officials, to the celebration, the ambassador said, adding that the main idea is to come together.

The event was accompanied with Indian music and dance, traditional cuisine, as well as the play of different colors.