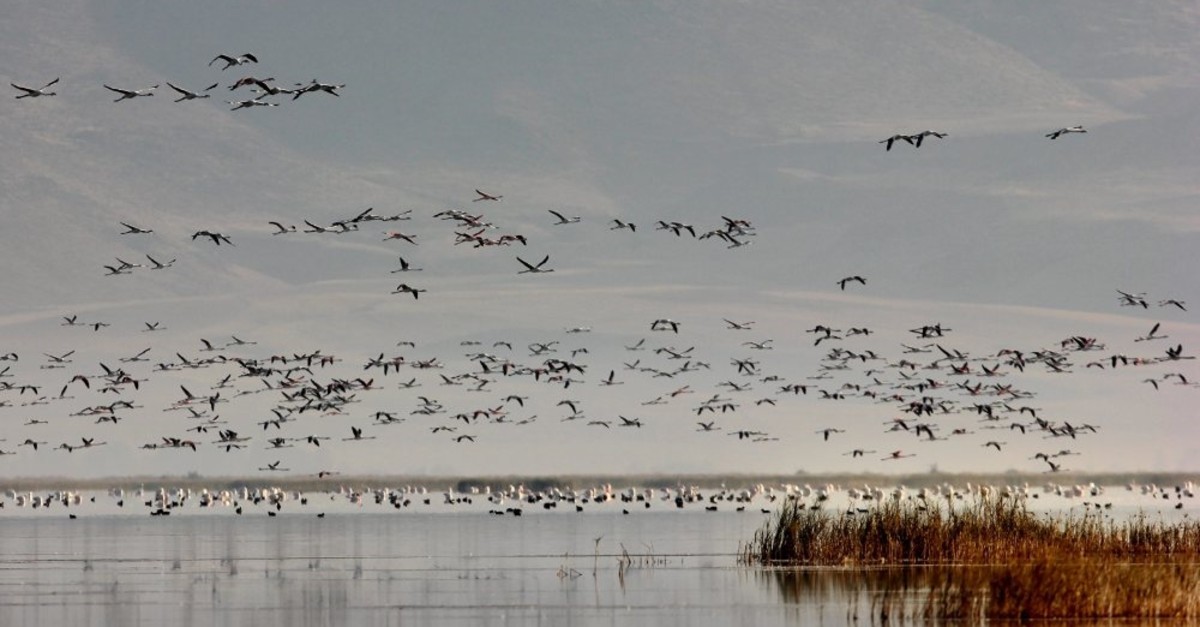 Migratory birds at Sultan Reeds National Park in Kayseri.
by Anadolu Agency May 11, 2019 12:03 am

Turkey's location is crucial for migratory birds as it acts as a bridge between the European, Asian and African continents. Every year it hosts more than 400 different migratory bird species and acts as their feeding and breeding grounds during seasonal transitions.

It is estimated that every year more than 50 billion birds migrate from one part of the world to the other. For many these birds, where they stop for a breather is crucial for their species' survival.

Acknowledging its significance for migratory birds, Turkey takes every precaution to make sure the bird species have a warm welcome when they stop in Anatolia. The authorities work hard to protect their nests and routes. The migratory birds in Turkey are tracked with special devices attached to their legs to understand their behavior as well as their migration routes. Authorities are also able to count the number of birds coming to the wetlands to monitor the effects of global warming on migratory birds. The monitoring of the migratory birds in Turkey is not only carried out by the authorities but also through the volunteer work of university students, nongovernmental organizations and nature lovers. According to data gathered over the last six years, the number of migratory birds and species stopping over in Turkey has slightly increased. In 2014, 1,960,693 birds from 100 different species in 100 wetlands were counted, while the number increased to 1,982,579 from 103 species in 153 wetlands around Anatolia in 2018 .

Although the number of birds passing through Turkey has not increased dramatically, the increase in the number of wetlands promises that more birds from different species will visit Turkey for years to come.