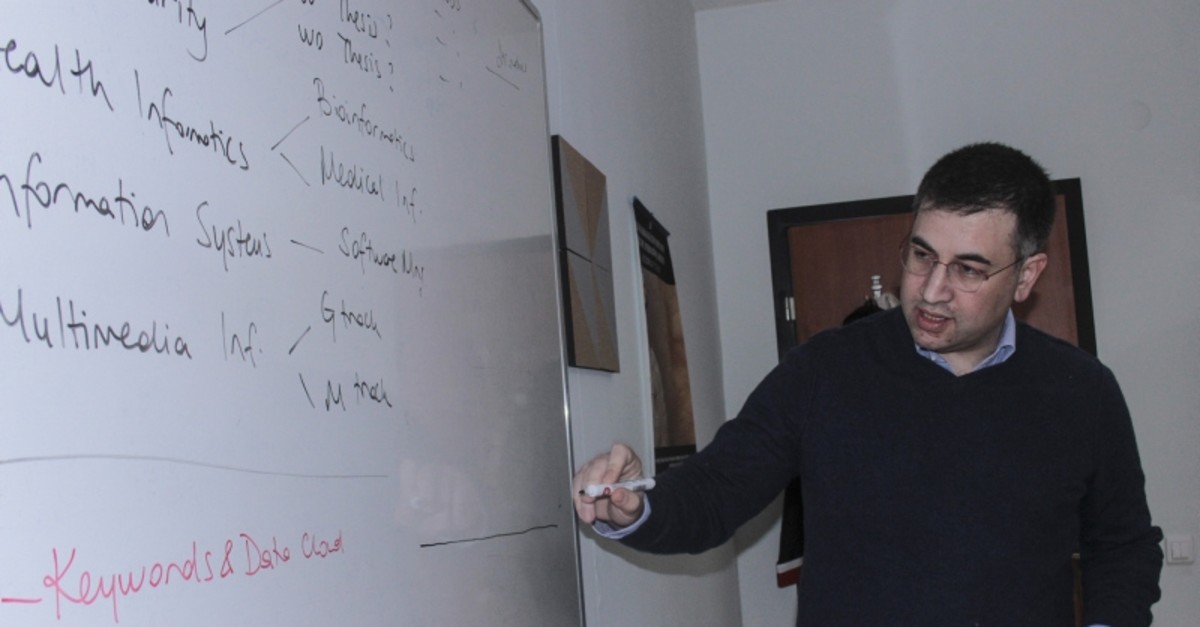 Elif Sürer, a member of the Middle East Technical University (METU) Informatics Institute, told Anadolu Agency (AA) that they have started a new project titled "Music in You" with graduate student Elif Bozlak.

Noting that the project, which started as an art installation, transformed into a research project in which the chromosomes in DNA are turned into the length of a guitar wire and the related notes and mutations can be observed with LEDs and music. Sürer said, "Our project, which is on display at 'bang - Art Innovation Prix,' was presented at the academic conference GOODTECHS 2018 in Bologna."

Sürer mentioned that they conducted this work thinking whether the timbre of music can change from person to person, from culture to culture and presented it at the Istanbul Technical University (İTÜ) International Music and Sciences Symposium. "We can say that we have made DNA audio and visualized in our project. We transformed each person's characteristics that distinguish [them] from everyone into music and also into light signals and animations," she continued.

Sürer reported that they developed a computer program that can get the melody and image of human DNA in their projects.

Aybar Can Acar, a member of the METU Informatics Institute, said that there are chromosomes in human DNA that cause people to be different from each other.

Stressing that there are personal mutations in DNA, Acar added, "If we think of the entire chromosome as a saz or a guitar wire, imagine that we separate it into frets. As a result of the sequencing, when mutations appeared in these frets, we have personal melodies by pressing on them. We put numbers from one to 22 on a tool we made along with the software. This plays the tunes on the chromosome of each of the people who are to be listened and shows from which chromosome the melody comes from. So we have revealed a melody that is unique to every human being and produced from the mutations of DNA. We have music that is not known by anyone in the world and will probably never be known."

Elif Bozlak, a graduate student at the METU Informatics Institute, explained that the DNA data of five different people was used in their projects.

Stating that mutations in chromosomes that show differences or similarities between individuals have been converted into images and, later, music by means of LED, Bozlak indicated that they have prepared an animation about this.

She emphasized that similar works have been conducted around the world. "However, we have not encountered any personal music and image gaining with the use of DNA mutations. We think our project is a first. We converted the frequency values of chromosomes by equalizing their length to guitar wires. Then, we created different sounds, images and animations on these frequency data."

Highlighting that the mutations in DNA do not mean any type of sickness or problem and that they are individual, Bozlak explained, "Our aim was to teach about DNA through entertaining and remarkable methods. We did surveys for this. Our project can easily show to students that there are mutations even in twins. It is an instructive work."

When asked whether they can get the music of a person if they come and ask for it, Elif Bozlak said, "It takes some time but we can. In our own study, we used the published DNA data of different people."