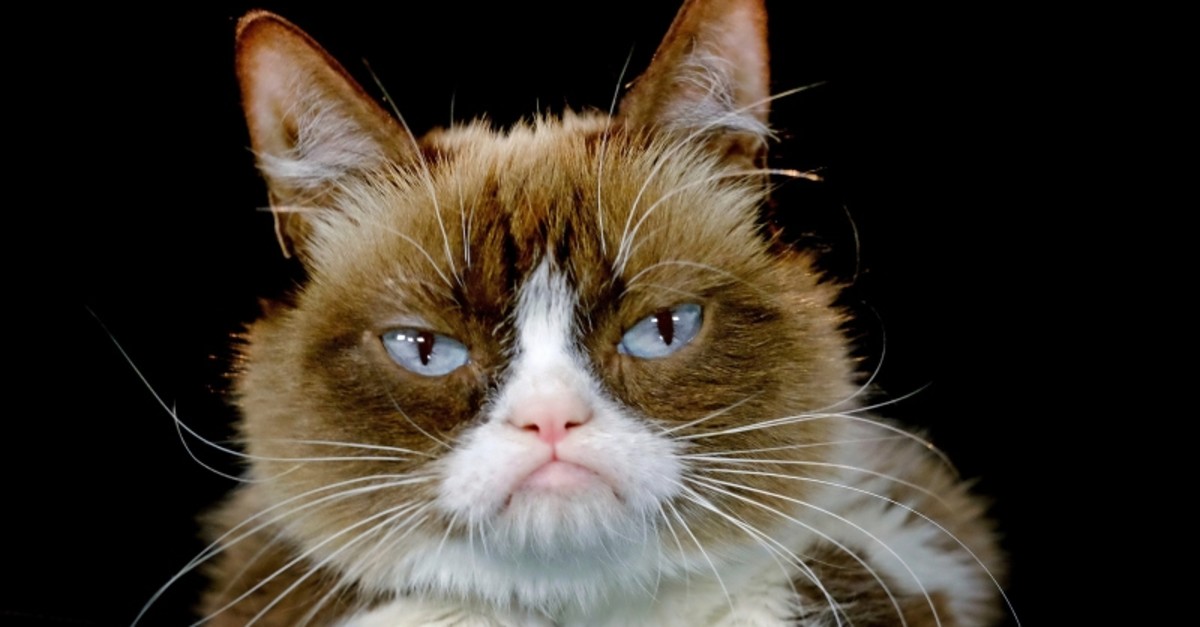 Internet star "Grumpy Cat" has died at the age of seven, her owners said early Friday.

"We are unimaginably heartbroken to announce the loss of our beloved Grumpy Cat," they said in a statement on Twitter.

The famous feline, whose frowning visage endeared her to millions of fans across social media and saw her photographed with celebrities including Stan Lee and Jennifer Lopez, passed away Tuesday "in the arms of her mommy, Tabatha" at her home in Arizona.

"Despite care from top professionals, as well as from her very loving family, Grumpy encountered complications from a recent urinary tract infection that unfortunately became too tough for her to overcome," they said.

"Besides being our baby and a cherished member of the family, Grumpy Cat has helped millions of people smile all around the world -- even when times were tough. Her spirit will continue to live on through her fans everywhere."

Hundreds of fans posted messages of condolences on social media.

"I'm actually bummed about this," read one with a picture of Grumpy scowling into the sunset.

"Rest in peace, darling. Your scowl towards me was one of the best moments of my life," Hollie-Anne Brooks posted on Twitter.

The mixed-breed cat, whose real name is Tardar Sauce, found fame when a photo of her as a kitten was posted on Reddit in September 2012, her website says.

"Her petite size and famous face is likely due to feline dwarfism and her rear end wobbles a bit when she walks due to this; otherwise she is a perfect little kitty!"

Despite her permanent frown, she was "super cute and cuddly."

She went on to appear on magazine covers, television advertisements and even starred in her own movie "Grumpy Cat's Worst Christmas Ever."