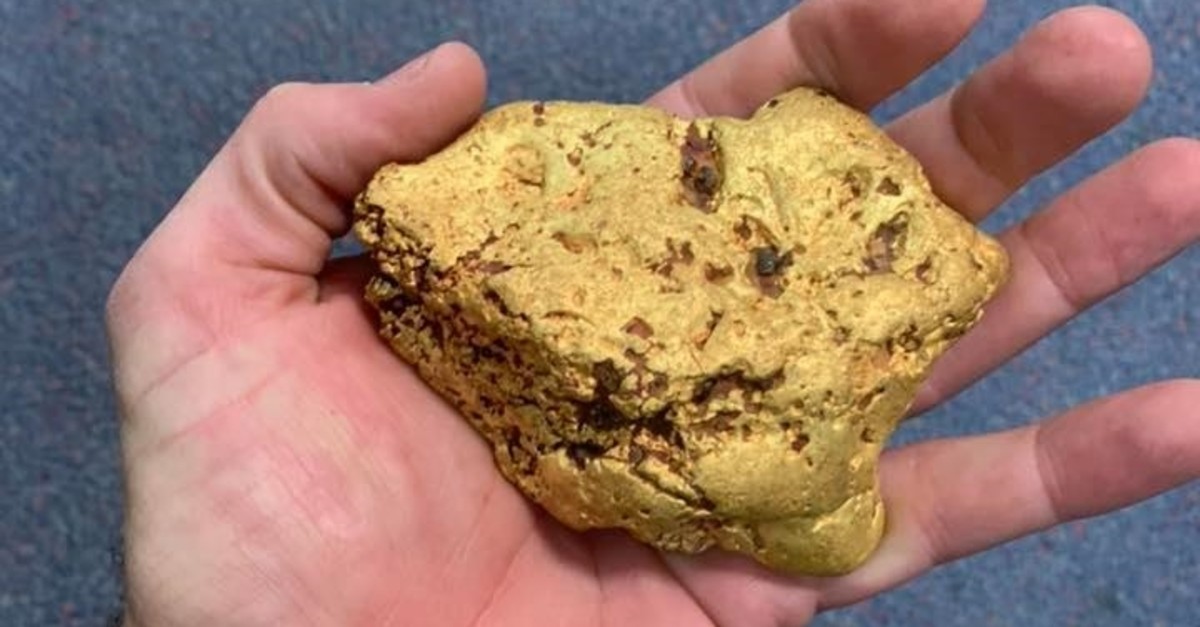 An Australian man has struck rich with his metal detector after it led him to a 1.4-kilogram (49-ounce) gold nugget in Western Australia.

The rock is estimated to be worth about $69,200, according to a prospecting shop in Kalgoorlie that shared a photo online.

Finders Keepers Gold Prospecting said the rock had been found a few weeks ago "by a very lucky customer."

Shop owner Matt Cook told the BBC that the man, who was an experienced local hobbyist, detected the nugget about 45 cm (18 in) beneath the surface of some saltbush flats.

"He walked into my shop and showed me the nugget in his hand with a big smile on my face. It's just a bit bigger than a packet of smokes, and the density of it was incredible, so heavy," Cook told the BBC.

The Western Australia region produces about three-quarters of all of Australia's mined gold.

Experts say finds of this size by prospectors happen only a few times each year.

Finding smaller pieces of gold in the region is more common, Sam Spearing, director of the Western Australia School of Mines at Curtin University, told the BBC.

He said prospecting around the mines is a popular weekend hobby, while some even detect on a full-time basis.

"Most of the gold found is in the less than half an ounce category, but they do find them fairly frequently," Spearing said.