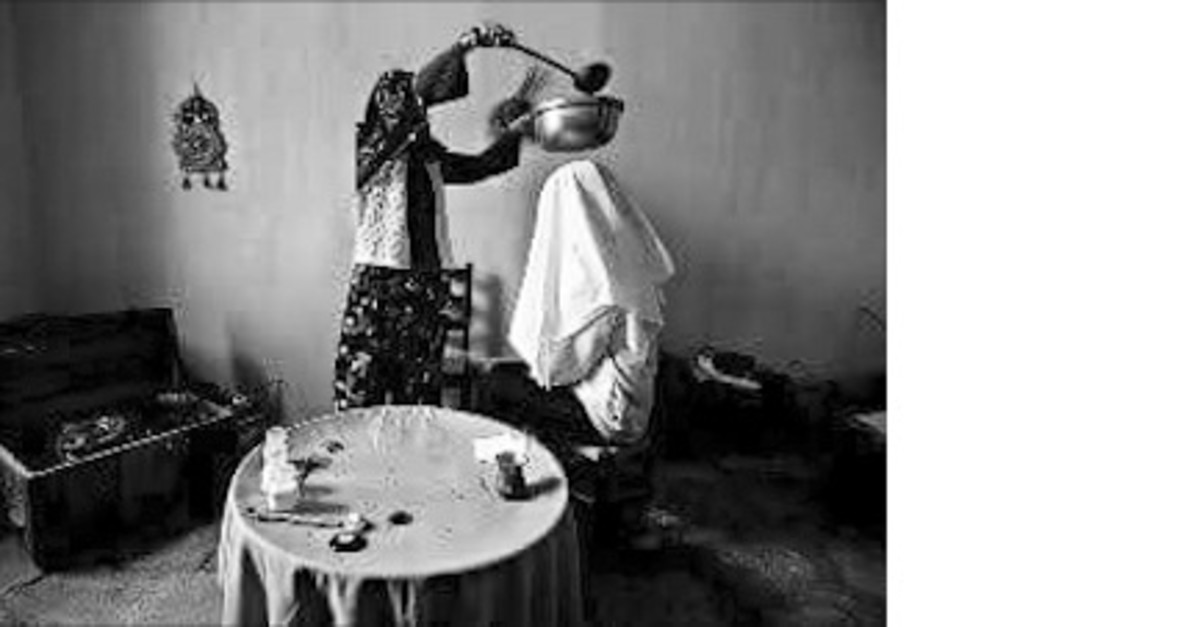 Superstitions are strange things. Most of them are shared by people and nations that have probably never been in contact before while some of them are unique to each nation, defining their cultures and histories. This week, we are here to investigate another superstition that is shared by many, only to be interpreted and practiced differently in different places: Lead pouring.

Lead pouring is a technique of divination using melted metal. Typically molten lead or tin is dropped into water. Last week, we talked about the evil eye (nazar in Turkish), which the Turks believed they can be protected from by certain amulets that ward off the evil eye. For the Turks, there is also another way to find protection from the evil eye and those who would cast it, which is lead pouring (kurşun dökme in Turkish). Those who believe in this superstition think that they can get rid of the evil eye by pouring melted lead into a bowl of cold water.

The person who is believed to be touched by an evil eye is made sit on the ground or in a chair and two or more people stretch a cloth over his or her head and another person says a few prayers from the Quran while pouring melted lead into a pan of cold water. With each drop falling, the lead takes certain shapes which the person who pours the lead reads and decide whether you have truly been touched by the evil eye or not. If the pieces of lead feature too many spiky edges, it is read as the person being touched badly by the evil eye. With this ritual, it is also believed that the lead absorbs all the power from the evil eye which means you are free from it.

This might seem a strange tradition but this same belief and practice are also adopted in Bosnia-Herzegovina as well as other Turkic countries in Asia. Pouring lead, however, is not a practice that you come across with only in these places. It is also a common sight in Germany, Austria, Switzerland and even in Finland.

In these northern or German-speaking countries, lead pouring is a kind of a New Year's tradition and they actually have a name for it: Bleigiessen. The practice of Bleigiessen is actually a kind of fortune-telling which is believed to help people to see what the new year will bring. One can buy lead-pouring kits that contain small tin figures (actual sale of lead was banned a couple of years ago by the authorities as it is not safe for human health) and a wood-handled spoon for melting them down. Using a candle, each person holds the spoon over the flame to melt down a small amount of lead/tin and then pours it into a container of water to produce a kind of shape. Just like reading the evil eye in Turkey, Germans, Austrians and the Swiss read these shapes to predict what the future holds for them.

Like the Germans, the Finns also believe that reading the lead is a way for them to know their future. They call it water casting which they also practice on the New Year's Eve. While some look at the remains inside the water to predict the future, some focus on the actual metal and the shape it takes. Rough and bumpy metal suggests money, while shiny and even surfaces hint at a peaceful future. However, if one of the fragile pieces of metal breaks in your hand, this means a series of unfortunate events await you.