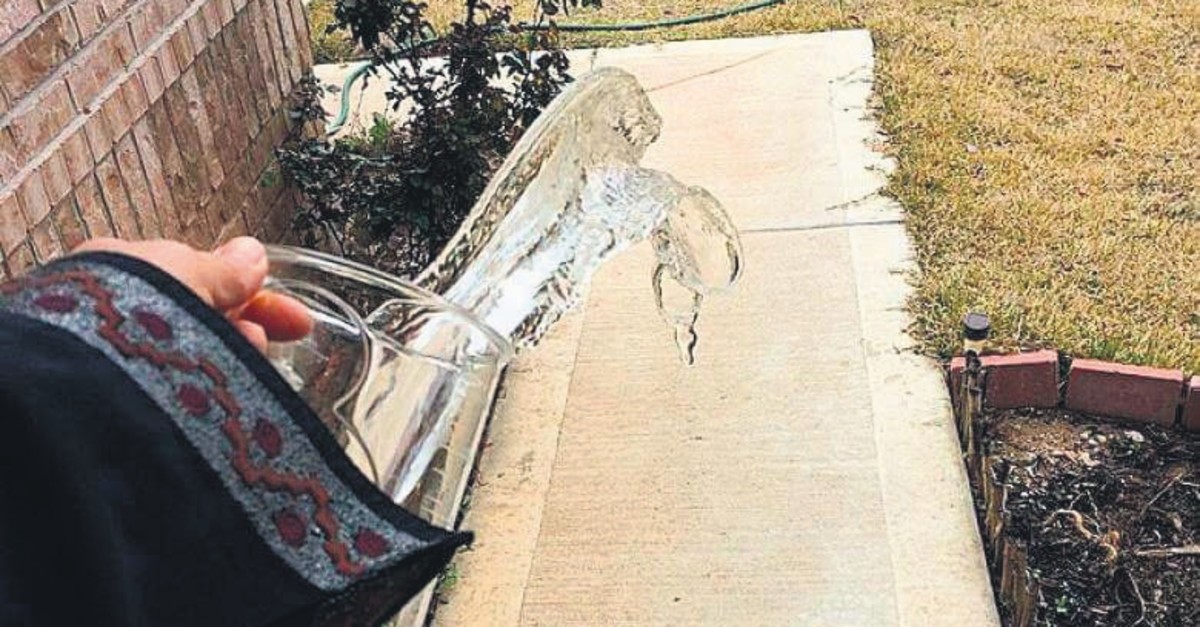 If you have ever been in Turkey, it is possible that you to have seen a group of people saying farewell to each other and throwing a bucket of water after them. If you have not, and happen to see this act in near future do not be alarmed: It is just an old superstition around here.

Superstitions are funny things. We do not know where they have come from but somehow people deeply believe in them no matter what evidence to the contrary. Throwing water after someone who is leaving is a very common superstition in Anatolia and it is not even possible to trace back its roots with confidence.

In Anatolia, it is believed that if you throw water after a person who is leaving, you are wishing them a happy return in no time. The water is supposed to make their journey as smooth as possible. It is said "su gibi git, su gibi gel," which is translated as "go smooth like water and come back as quickly as it is."

It is probably a superstition that dates back to the old times when most people who said farewell to their loved ones never returned due to wars, famine, sickness and dangerous roads.

However, this whole superstition has its dangers as well. Since people are now living in apartments, they are sometimes too lazy to go down to say their farewells and prefer to pour the water down from a window. Well, they are not always too careful and don't have time to check if there are other people walking by. If you see a person at the window holding a bucket of water, be really careful.

There is not any scientific explanation for this superstition but it is always wise to trust our ancestors. Just get a bucket of water ready for the next time you say farewell to someone.