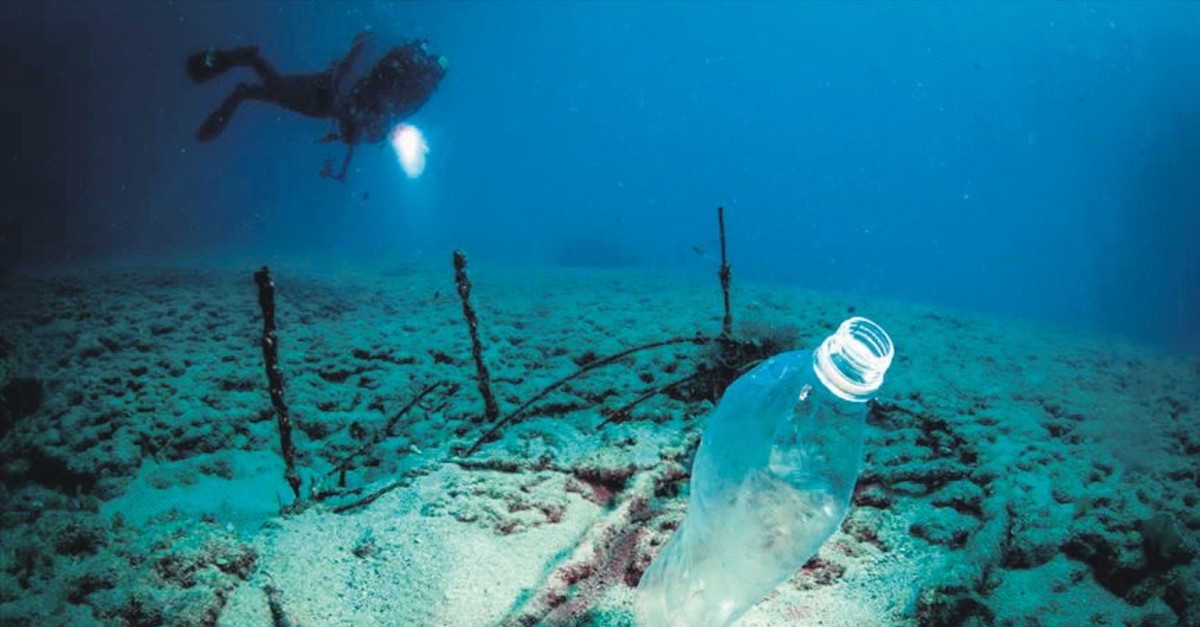 Scheduled to be kicked off in Istanbul by first lady Emine Erdoğan and Environment and Urban Planning Minister Murat Kurum on June 10, the project will be carried out with the support of relevant ministries and nongovernmental organizations (NGOs) in pursuit of a campaign that will consist of keeping water resources clean and collecting waste on all coastlines, lakes and rivers in 81 provinces.

Environmental events to be held throughout the summer under the project will attract attention to Turkey's seas and water resources.

Accordingly, cleaning activities will be carried out near seashores and in water sources throughout the summer months, the importance of coastal and marine cleaning will be advocated, and relevant campaigns will be initiated in an attempt to prevent marine pollution by the end of the season.

Cleaning to start at Bosporus

The Zero Waste Blue Project will kick off on June 10 with bottom cleaning by divers from the Underwater Federation in the Bosporus and shore cleaning by sea skimmers.

Within the scope of the project's promotion, students will be met at the yard of the Maritime High School, and a boating parade will be held by supportive seamen in the Bosporus.

Coasts to be cleaned by vacationers, picnickers

In addition, the project hopes to promote the recycling of disposable plastics and other waste, especially from beaches, hotels and accommodation centers in the coastal areas and to prevent marine pollution in marinas and ports, and from cargo and passenger ships. The project also hopes to ensure that holidaymakers and picnickers leave coasts clean and will encourage them to collect waste together.

On the other hand, in order to spread the project to all segments of society, support will be provided to artists, sportsmen and academics that back the efforts.