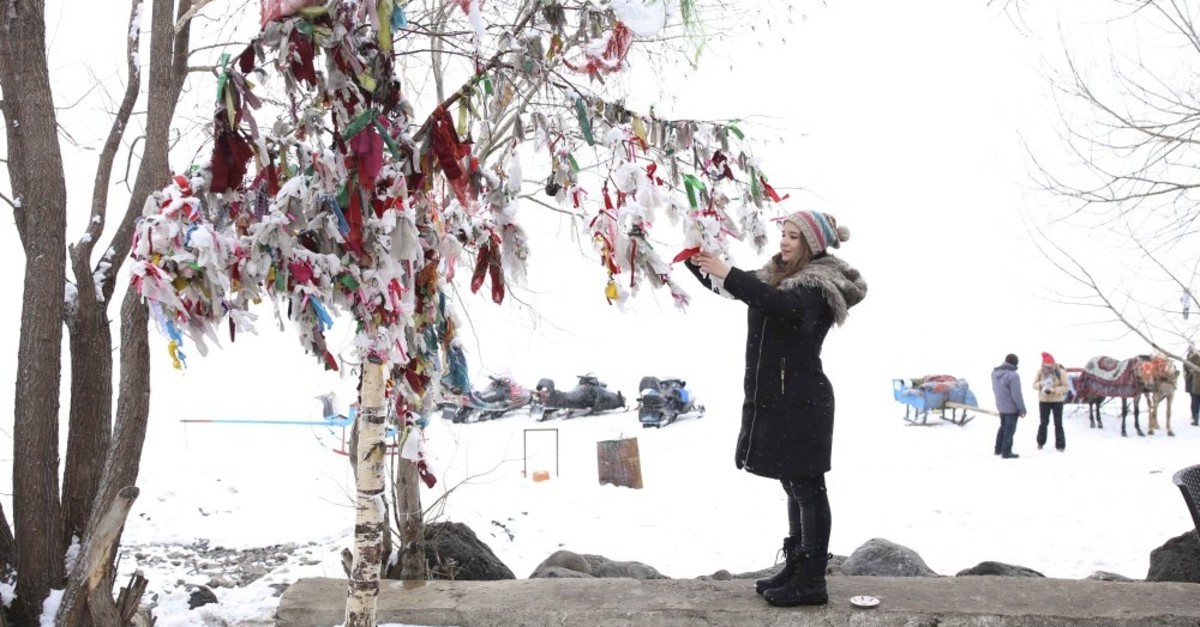 People hang colorful pieces of cloth on the branches of wishing trees to get one step closer to having their wishes come true.
by Miraç Tapan Jun 17, 2019 12:24 am

Trees represent wisdom, long life and the link between the land and the heavens in most cultures. They serve as spiritual teachers of sorts, and both humans and wildlife are attracted to them for the refuge they provide. In fact, they are the sources of life on Earth, creating the oxygen we need to breathe.

In ancient societies, people respected and prayed to the trees, make offerings and even hug them to show their appreciation. Pre- Islamic Turkic tribes who were shamans prayed to the Tengri (God) through temples built near trees. They made wishes to their creator through trees and this practiced evolved into wishing trees after the Turks accepted Islam as their religion.

A wishing tree is essentially an individual tree which has been chosen and is used for offerings and wishes. Such trees are identified as living beings possessing a special religious or spiritual value.

Wishing trees (dilek ağacı in Turkish) can be found everywhere around Anatolia and they are very distinctive thanks to the colorful pieces of cloth hanging from their branches. Turkish people believe that these trees can bring them one step closer to their wishes and tie a piece of cloth to tie their wish to the tree. In some regions, however, people hang evil eye talismans instead of cloths. In fact, wishing trees can be found in different cultures all over the world. Each culture has its own ritual, make offerings in the form of notes, flower, coins and more. In the U.K., instead of people leave coins, a tradition dating back to the 17th century. The coins are hammered into the trunk of an old tree or a tree that has been already fallen onto the ground. In Japan, the festival named Tanabata is dedicated to the wishing trees during which people hang paper, with wishes written on them, from bamboo trees.