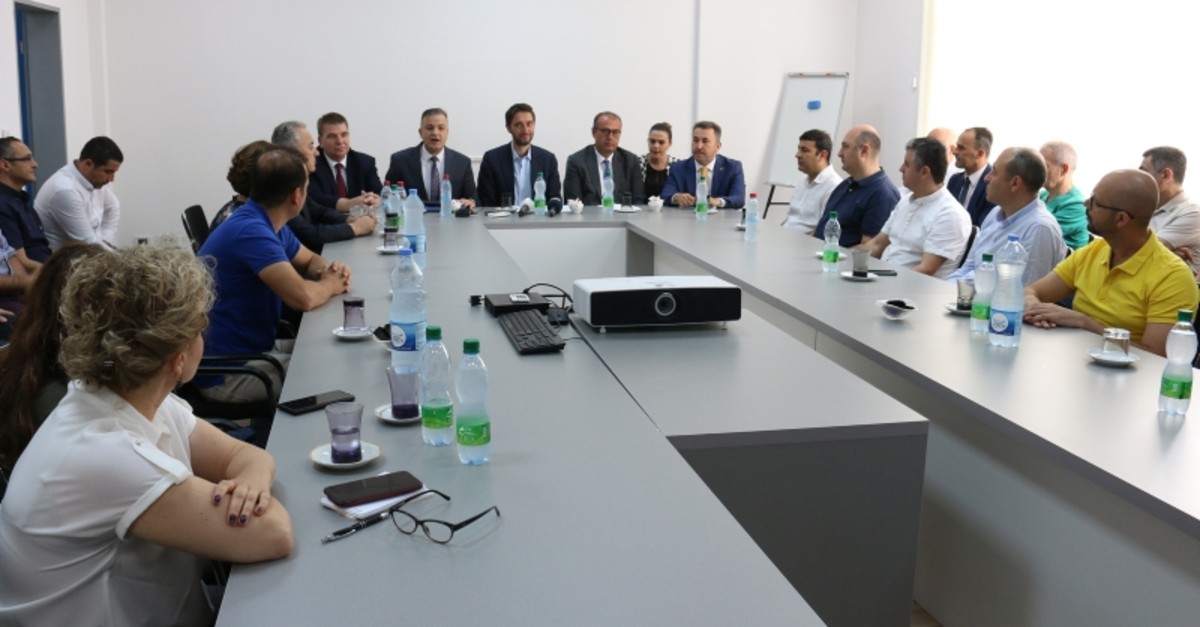 The Turkey-Kosovo Health Week kicked off Monday for the sixth time under the scope of an agreement signed between two countries in 2009.

The opening ceremony of the event was held at Kosovo University's Clinic Center in the capital Pristina with the participation of Kosovo Health Minister Uran Ismajli, Turkey's ambassador to Pristina Çağrı Sakar and doctors from both countries.

Within the scope of the health week that runs through June 23, doctors coming from Turkey will hold visits and seminars and conduct operations in several fields.

Speaking at the ceremony, Ismajli said that he hopes health services to be improved under the scope of this event.

Ismajli said that these kinds of projects benefit both health workers and patients. He noted that the 26 specialists who came from Turkey will be working with their counterparts from Kosovo for a week, and they will share their experiences with each other.

Arif Çetin, head of the European Union and External Affairs Department of Turkey's Health Ministry, said that within the scope of the agreement between two countries, doctors have been sharing their knowledge, while about 100 Kosovar patients are also being treated in Turkey each year.

Basri Sejdiu, chairman of the Kosovo University Clinic Center, said that the patients will benefit most from this agreement between the countries, adding that project can be extended for one or two weeks if requested.