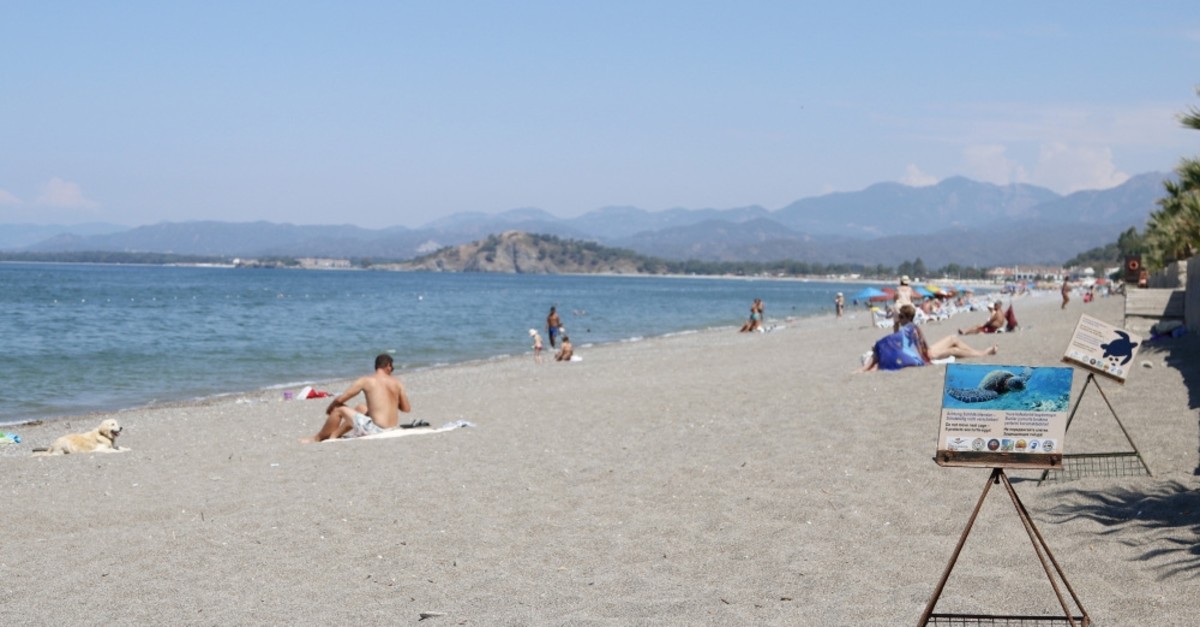 The loggerhead nests at the u00c7alu0131u015f Beach are protected by the Sea Turtles Research, Rescue and Rehabilitation Center.
by Anadolu Agency Jun 19, 2019 12:22 am

The number of loggerhead nests at the Çalış Beach in Muğla's Fethiye district has reached 30. Every year, the endangered loggerheads visit the beach in the neighborhood of Foça to lay their eggs in 50-to-60-centimeter holes they dig themselves. About 50 days later, baby loggerheads head for the sea after hatching.

To avoid problems during the spawning period of the loggerheads, the Sea Turtles Research, Rescue and Rehabilitation Center (DEKAMER) has taken measures to protect the nests and hatchlings, including having young volunteers guard the beach at night.

DEKAMAR's deputy manager, professor Eyüp Başkale said they started the conservation efforts in May. "Our efforts start every year with the loggerheads coming ashore to lay eggs," said Başkale.

"The beaches are so crowded at night in Fethiye. Since loggerheads are afraid of people, they often return to the sea without spawning. We are trying to prevent this. In addition, we try to raise public awareness here," h

e added. He said they have been conducting conservation work on Fethiye beaches for about 30 years now. Başkale said the temperature was hotter last year and they closed the season with 120 nests. "The weather is cooler this year. This changes the biological clock of the turtles and causes delays in their spawning. We have 30 nests in Fethiye now. We estimate that this number will double or triple by July."