Squirrel gets head stuck in manhole cover in Germany 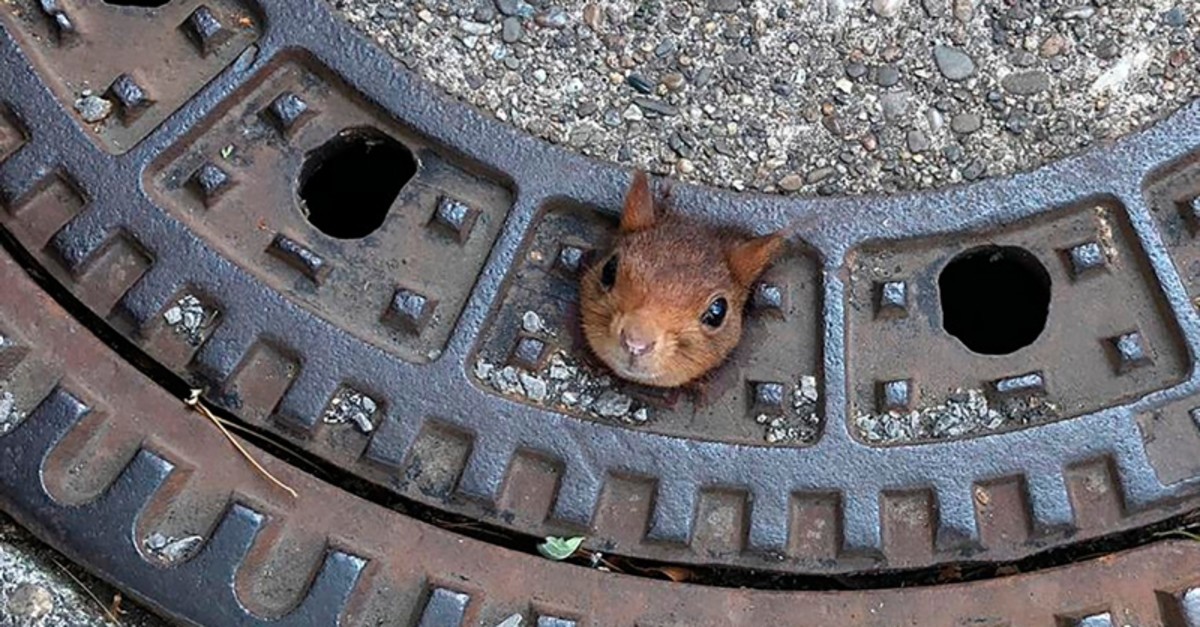 Firefighters, police and a veterinary clinic combined forces to rescue a red squirrel that had gotten its tiny head stuck in a manhole cover in the western German city of Dortmund.

Dortmund's fire department said Friday they responded Thursday morning to a call about the rodent in peril on a street next to a downtown park.

When rescuers arrived, they spotted the tufted-eared squirrel's head poking out of a hole in the cover. Initial attempts to free the animal were unsuccessful, so the entire manhole cover was removed and taken to a nearby veterinary clinic, while police were called in to guard the open sewer.

Vets used anesthetic to calm the squirrel and then freed the animal. It was treated for superficial neck wounds and is expected to soon be released back into the wild.