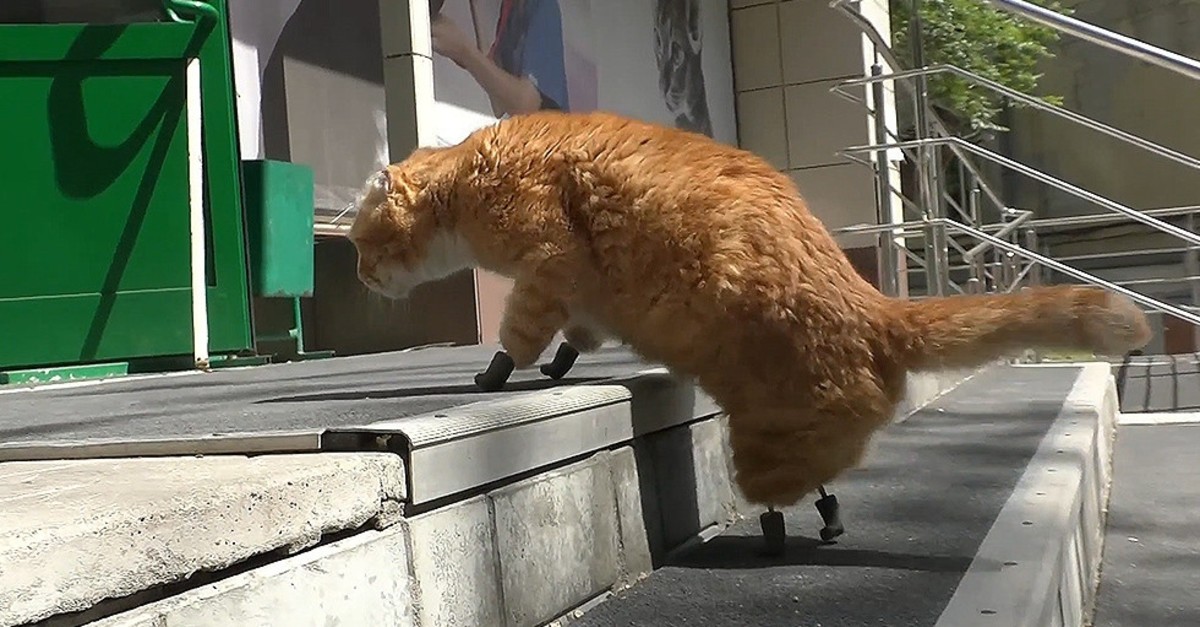 An amputee cat in Russia's Novosibirsk Oblast, capital of Siberia region, started to walk again thanks to prosthetic paws, the case becoming the first example of the implementation of four paws at the same time.

The cat named Redhead was found severely affected by the cold in the world's one of the coldest regions four years ago. All four of its paws were cut off after the cat suffered from frostbite, according to the statements of Veterinarian Sergei Gorshkov as reported by Russian news agency Sputnik.

The cat has undergone a series of operations after the rehabilitation in order to walk again and finally started to walk with its new prosthetic paws.

"We have been prepared for about a year because there is no cat in the world with four prostheses," Gorshkov said.