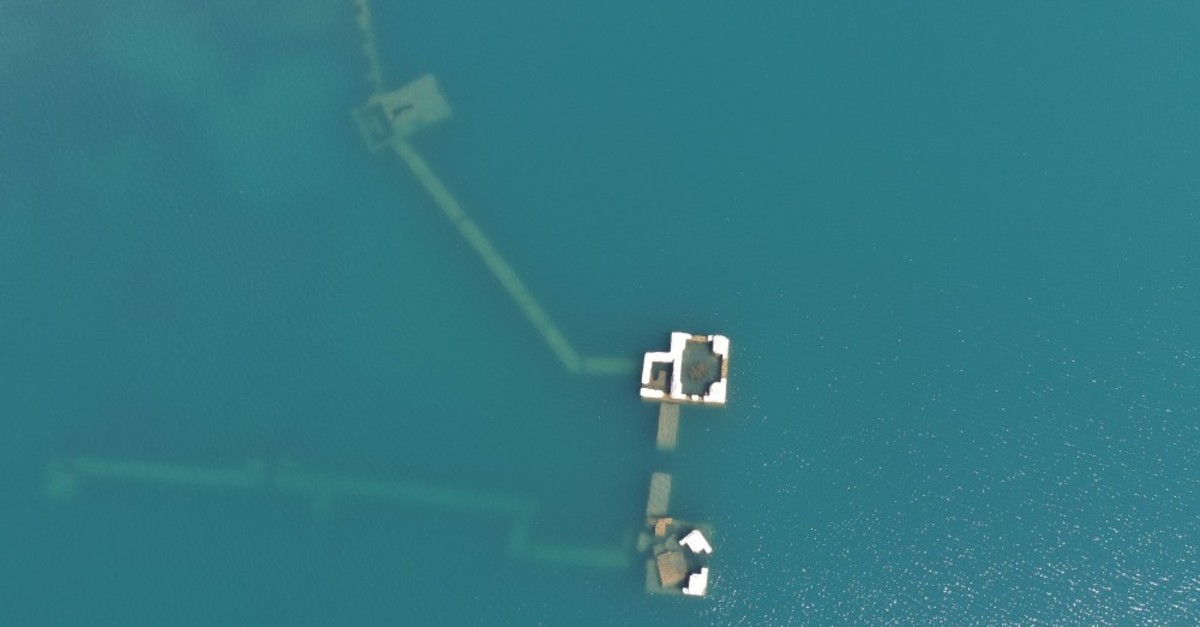 As the water levels drop in Lake Hazar, the ruins of the historical settlement known as the "Sunken City" have come to light.

Located in the Sivrice district of Elazığ province between the Hazarbaba Mountain and Mastar Mountain, Lake Hazar is 22 kilometers in length and 6 kilometers in width.

One of the deepest lakes in Turkey, it creates a breathtaking view with the lovely hues of blue and green. The Sunken City, which has arisen from the fall of the water level in the lake, also fascinates people.

It is estimated that this city, which has thousands of years of history, was submerged after an earthquake that occurred in the 1890s in Lake Hazar. It carries traces from various civilizations.

The process of applying to the United Nations Educational, Scientific and Cultural Organization (UNESCO) to register the Sunken City on the cultural heritage list is underway. It is stated that the remains of items from the 11th century were plentiful in the city in the underwater surveys conducted to date, but there are also traces dating back 4,000 years ago in the archaeological findings.

Elazığ Governor Çetin Oktay Kaldırım said that boat tours will be organized in order to introduce Lake Hazar to tourism.