How conspiracy theories followed man to the moon 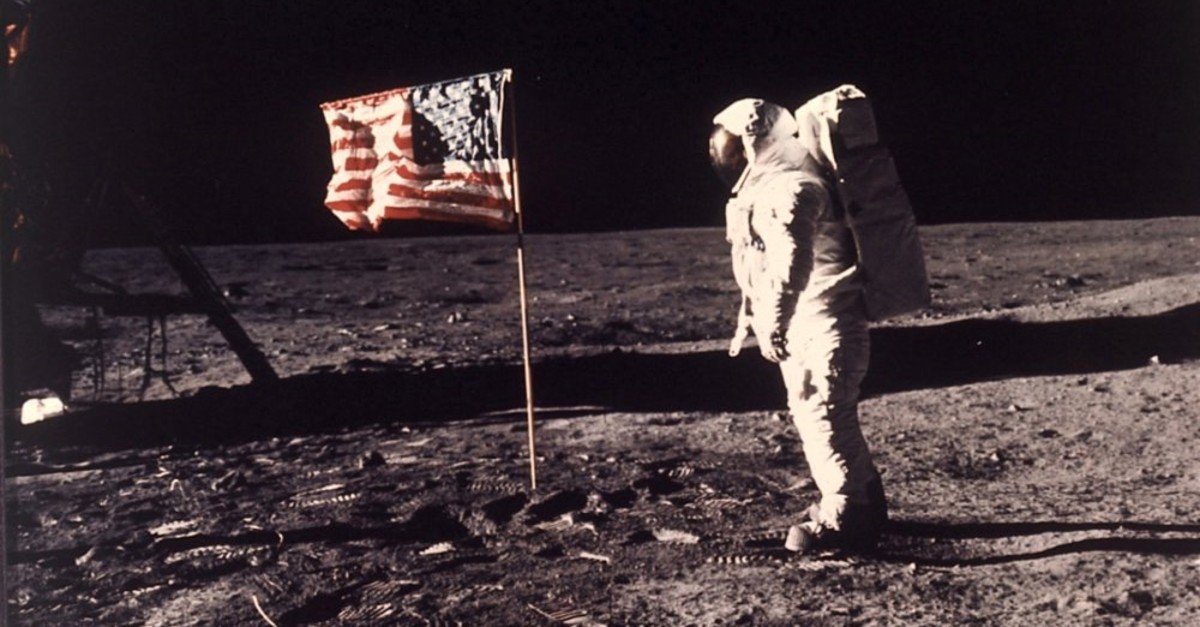 The famous photo of Neil Armstrong landing on the moon and erecting the American flag.
by Jul 09, 2019 12:16 am

It was the biggest piece of supposed fake news before the term "fake news" was even invented.

Millions of people across the world still believe that no one has ever walked on the moon, and that the images that NASA broadcast in July 1969 were shot in a Hollywood studio. Thousands of internet sites are devoted to "proving" that the landing never happened, or calling into question the whole Apollo 11 mission. Some claim that NASA did not have the technological know-how to pull off such a coup, or that if it did that it wasn't done with a human crew - who would surely have been fried alive by cosmic rays.

Others tout possible alien involvement, which of course has been covered up - as has the lunar civilization the astronauts discovered... But almost all the conspiracy theories focus on supposed anomalies in the grainy photos and videos which NASA sent back to Earth.

Shadows in the footage show they were suspect, as is the absence of stars in the sky in some images - theories which have long since been refuted by scientists. Yet theories live on regardless of proof from the Lunar Orbiter in 2009 which showed the abandoned modules from Apollo 11, 14, 15, 16 and 17 still on the moon's surface.

When Apollo 11's lunar module touched down on the Sea of Tranquility in 1969, less than one in 20 Americans doubted what they were seeing on their television screens. By the turn of the century a Gallup poll found skepticism has only spread to six percent of the population.

In contrast, more than half of Russians — the old Cold War enemy still refuse to believe that the Americans got there first. But surprisingly serious doubt is also rampant among some of Washington's closest allies; with a 2009 TNS survey showing a quarter of British people did not believe the landings happened, while nine percent of French people were also unconvinced, according to pollsters Ifop.

Academic Didier Desormeaux, who has written widely on conspiracy theories, said the more important an event the more likely it is to attract outrageous counter narratives.

"Conquering space was a major event for humanity. Undermining that can shake the very foundations of science and man's mastery of nature," he told Agence France-Presse (AFP), making it a huge target for conspiracists.

"While earlier conspiracy theories also involved images - such as the assassination of U.S. President John F. Kennedy in 1963, and the so-called Roswell UFO incident - what is new about these rumors is that they are based on a minute deconstruction of the images sent back by NASA," the French specialist insisted.

For Desormeaux it is the first time a "conspiracy theory was built entirely around the visual interpretation of a media event, which they denounce entirely as a set-up." The same logic has been used repeatedly to dismiss school massacres in the U.S. as fake, he added, with hardcore conspiracists claiming that the dead "are played by actors."

"Images can anesthetize our capacity to think" when deployed with ever more twisted leaps of logic, Desormeaux warned. "The power of such theories is that no matter what they survive, because they become a belief which comes with a kind of evangelism and so they can go on forever," he added.

For NASA's former official historian Roger Launius, "the fact that the denials of the moon landings would not go away should not surprise anyone."

Launius, who has devoted a large part of his career to fighting them, said in his latest book, "Apollo's Legacy" that deniers "do not accept the same rules of investigation and knowledge that all others live by."

"They have tapped into a rich vein of distrust of government, populists' critiques of society and questions about the fundamentals of (scientific method) and knowledge creation," he added.

For decades they have played on "our deepest and most secret fears," fed by America's defeat in the Vietnam War at home and by anti-Americanism abroad, he said. But Launius also blames the media for adding fuel to flames of paranoia. "Moon landings denials were fanned by... competition for a new and different perspective on the events," he said.