Nature, history of the islands on Lake Van taken under protection 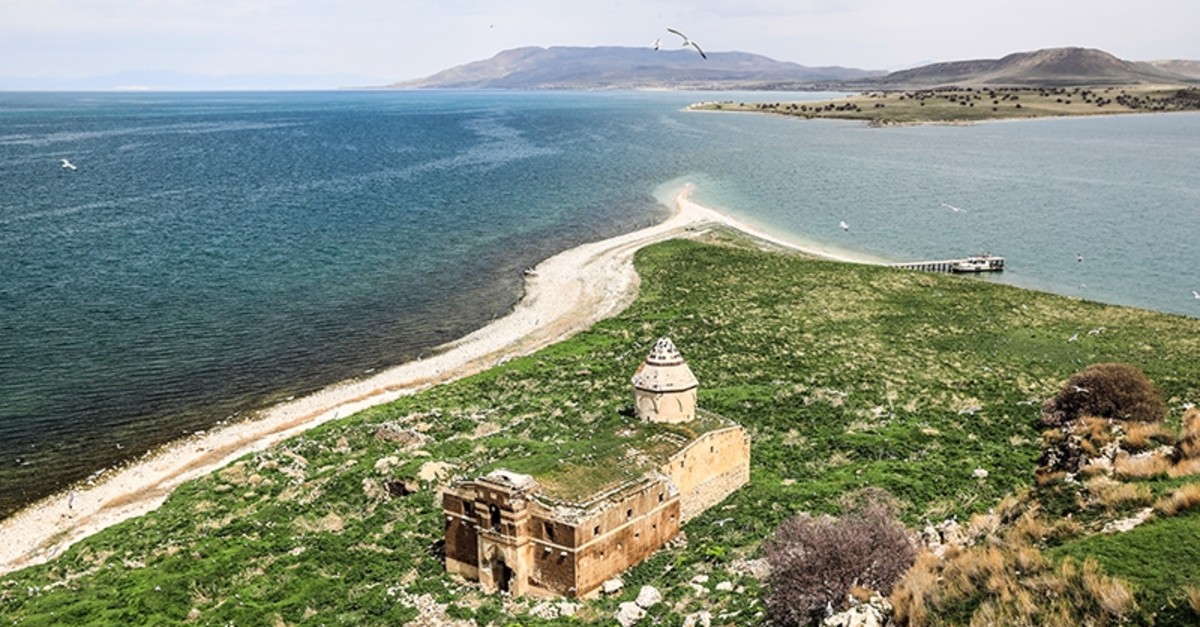 With its nature and history going back to ancient times, Lake Van is one of the most spectacular places in Turkey's eastern region. Every year, the lake and its islands welcome hundreds of thousands of tourists, who want to enjoy nature as well as its multicultural lifestyle. On Monday three out of the four islands in the lake, including the famous Akdamar which was once a part of the Armenian kingdom and is home to the Akdamar Church, were declared "sensitive areas certain to be protected," as published in the Official Gazette with President Recep Tayyip Erdoğan's signature. Rising between the blue waters of Lake Van as the most-visited places by local and foreign tourists, the islands of Akdamar, Çarpanak and Adır are now under protection.

The islands are among the most prominent tourism draws of the city with the Akdamar Church, Ktuts and Lim monasteries built on them. All of these natural wonders will be better protected with the additional measures to be taken from now on.

At the same time, the natural habitat and breeding grounds of dozens of bird species in the Lake Van basin will be protected. In addition to preventing the demolition of historical buildings on the islands, the increase in the bird population is expected to draw more tourists on the islands.

Murat Beyaz, the chairman of the board of a company that organizes tour events in the region, said that the decision was important in terms of regional tourism.

Thanking those who contributed to the decision-making processes, Beyaz continued, "It is a very important and appropriate decision for our city. We believe that these regions will be better protected this way. The islands occupy an important place in the promotion and tourism of our province. Most of the tourists do not leave the city without visiting the islands. We support the decision in this respect, but we expect the same sensitivity from citizens. The sensitivity of the state should be internalized by the citizens. We need to raise awareness on this issue. We see graffiti on the walls of churches, and the surrounding areas are being destroyed. This has to be prevented."