Hydrogen-powered air taxis may be ready for takeoff soon 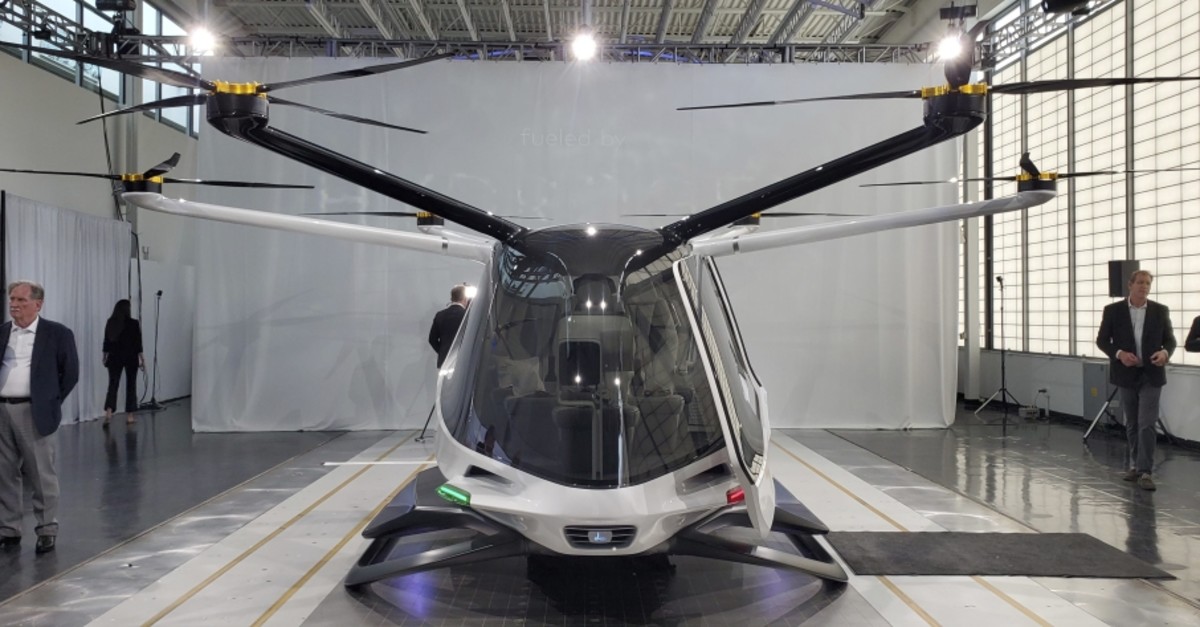 We all know that flying taxis will soon be taking off but before they even get get up in the air, they are seeing updates

More than 100 brands from Airbus, Uber and Boeing to Lilium have designed electric air taxis. There is cutthroat competition in this field which includes the world's leading air transport brands along with dozens of startups.

Even though unmanned land vehicles are yet to receive the necessary permissions to go out, the air taxi market, which was measured at $27.69 billion in 2017 and is expected to surge to $80.50 billion in 2030, is almost ready to take off as soon as lawmakers take action.

While each company is trying to use different techniques in this competition, the primary question is, "Which brand will launch the first air taxi service and in which country?"

The determining physical characteristics of this competition are the vehicle's being environmentally friendly; namely, having zero gas emissions and landing smoothly on a runway in busy cities. Air taxi brands are pursuing technology that is capable of carrying the highest number of passengers with the longest flight time and the least harm to the environment.

Alakai Technologies in the U.S. joined the air taxi competition with a new idea recently. Their electric vehicle called Skai is the world's first hydrogen-powered flying taxi. Alaka'i Technologies makes this new six-motor air taxi operational in a wider area and provides a chance to carry more loads in a much longer time when compared to the competitors that use batteries.

The prototype for this design, which is waiting for approval from the Federal Aviation Administration (FAA) in the U.S., will start test flights soon. It is expected that its production will start two years later. Brian Morrison, the president of Alakai, says that Skai can carry five people or 455 kilograms for 645 kilometers and can fly two to four hours. Considering the fact that most other battery-powered air taxis are only capable of carrying two people for 15 minutes, the hydrogen-powered air taxis are one step ahead.

Public not ready for autonomous vehicles

Is using hydrogen as fuel in air taxis more profitable? While the battery comes to the forefront as a much cheaper option for small air taxis or drones, hydrogen is smaller and lighter. It may have a significant effect on load-carrying capacity in an electric car. Richard Anderson, an aeronautical engineer at Embry-Riddle Aeronautical University in Florida, warned that hydrogen is a more powerful flying source than batteries but on the other hand it is inflammable.

Another discussion on aviation is when air taxis will be autonomous. Alakai Technologies said that Skai received flight clearance for flights with a pilot and no pilot. However, airliner producers are complaining that they cannot use the current autonomous flying technology as there are no legal regulations and passengers are not ready for them.

In the previous days, Christian Scherer, the chief commercial officer (CCO) for Airbus, said that they developed pilotless flight technology but people should overcome their fear so that they can put it into practice.

"The acceptance of this technology is related to lawmakers and the journey concept of the public. If you ask when we can install this technology into a commercial airliner, we negotiate it with lawmakers and air carriers. There is no such obstacle in terms of technological opportunities. Last year, pilotless, autonomous air taxi trials were successfully completed in Boeing," Scherer continued.

Although there is no such thing as an air taxi in the market, all the necessary physical structures are being built in order to make these taxis operational. Where will the air taxis, most of which can only fly for short distances, land? Skyports, the British vertiport (runway for vertical take-off and landing vehicles) operator, and German electric air taxi brand, Volocopter will collaborate and open the first eVTOL (vertical take-off and landing vehicle) runway. With plans to build the first specially-designed volo-port in Singapore, the two companies expect it to be completed this year.

Vertiports, which will be a significant part of urban air mobility, are estimated to be built in a few countries in the next couple of years. Alex Zosel, the founder of Volocopter, said that it will take time to have air taxi regulations, and they are intensely working on subjects like vertiports, air traffic and urban permissions.

Making artificial intelligence (AI) its social and economic priority, China has decided to provide education on AI and programming at the primary and secondary level with the direction of the Chinese Ministry of Education in March. In the first step of this decision, Guangzhou province in Guangdong state was chosen as the pilot region. Approximately 100 primary and secondary schools in Guangzhou will begin AI training.

It is intended that AI will be included in all primary and secondary school syllabuses by 2020 in Guangzhou, a city with one of the highest trade volumes in the country. Chinese authorities remarked that AI is revolutionary in education, and global development is primarily biased on this technology. Xiong Bingqi, deputy director of the 21st Century Institute for Educational Research in China, highlights that AI courses should not be rushed among primary and middle schools without seriously considering the needs of society for AI and the schools' teaching conditions. "The AI courses would lack quality if they are blindly opened in primary and middle schools," he said.