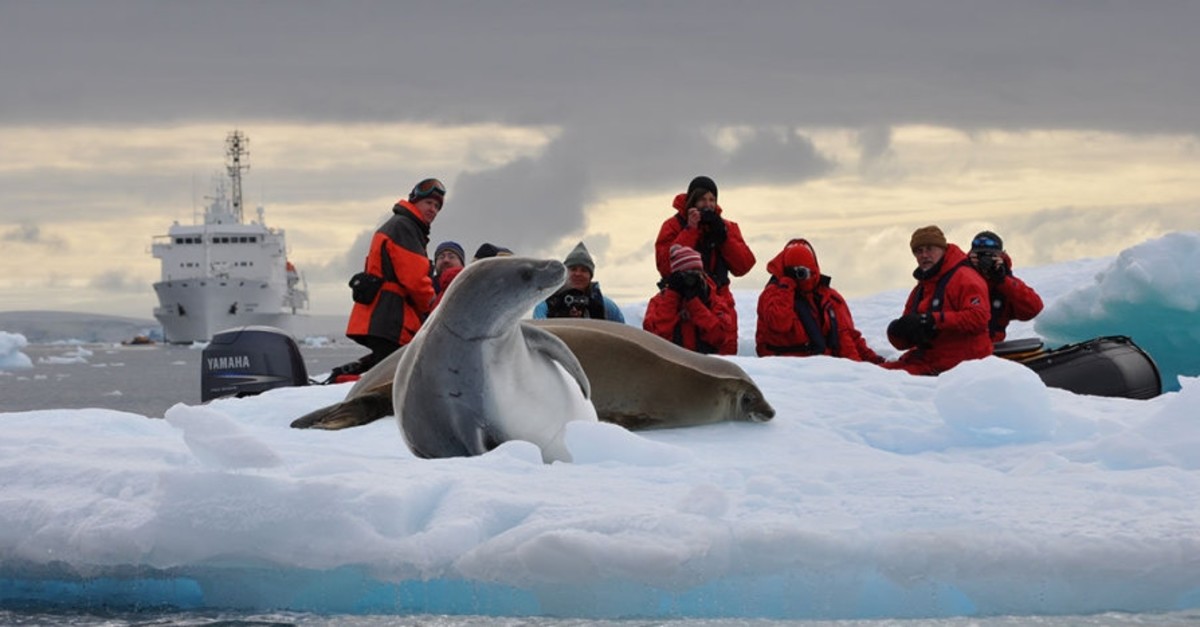 Turkish scientists explore the continent during a science expedition to Antarctica.
by Daily Sabah with AA Jul 18, 2019 12:08 am

Antarctica is often thought of as the last place that has survived the human touch and the destruction it brings with it. However, the truth is hidden under the thick snow that covers this white continent.

For the last century, scientists, as well as tourists, have been traveling to Antarctica. As a result, they have disturbed the ecosystem, knowingly or unknowingly.

Harvesting some Antarctic species to the verge of extinction for economic benefit, killing and disturbing other species, contaminating the soil, discharging sewage into the sea and leaving rubbish and tracks in even the most remote parts of the continent are among some of the ways humans have disturbed Antarctica. And this is just a start.

Associate professor Halim Aytekin Ergül of Kocaeli University, who was part of the team of Turkish scientists who traveled to Antarctica to do research, said that traces of some of the chemicals produced by the industrial world can be found in Antarctica. During the expedition to the white continent, Ergül focused on studying the accumulation of various substances by fish in the waters of the continent. Ergül and his team were shocked to discover that the fish had some chemicals that had never been reported to have been seen in Antarctica."It was surprising to find dichloro-diphenyl-trichloroethane [DDT], which is a pesticide. It is one of the chemicals used from the 1940s to the 1970s but it was later banned from usage. Since there is no agricultural activity in Antarctica, these chemicals can only be carried by atmospheric transportation. These chemicals can be carried from generation to generation as it disturbs the DNA of the species," said Ergül.

When these chemicals are carried to the continent, they can never leave, according to Ergül. These chemicals are produced in mild climates and when they reach the cold, they are stuck, never leaving the system. "Hence, it becomes more contaminating," added Ergül.

According to Ergül, a big part of why these chemicals reached Antarctica is touristic activities that occur in the summer. He said some of the waste from the ships might contaminate the continent as well. "Even though Antarctica is the cleanest place in the world, mankind finds a way to affect it as well. Unfortunately, Antarctica is no longer clean. We discovered that these chemical wastes are piling up there. The chemicals are even a part of these fish species that live in the waters of the white continent."