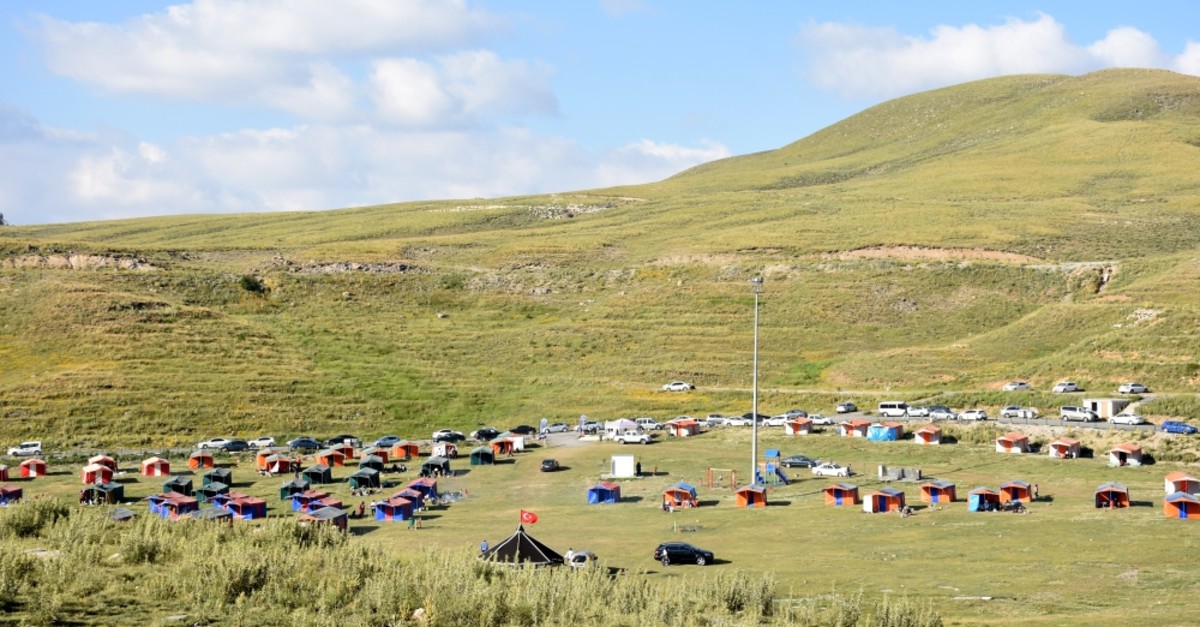 The winter wonderland of Mount Erciyes in eastern Turkey is not just a hot spot for ski fans but for summer holidaymakers as well. The Erciyes Ski Center brought up to world-class standards with a 350 million euros ($390 million) investment by the Kayseri Metropolitan Municipality, has become one of Turkey's top winter destinations. The ski center's modern chairlifts and high-tech cable car system allow tourists to enjoy skiing over a 25 square kilometer area (6,100 acres), at altitudes up to 3,400 meters.

However, when the temperatures climb with the arrival of summer, it also draws vacationers who enjoy the clean mountain air. Erciyes Ski Center head, Murat Cahit Cingi told Anadolu Agency (AA) that besides winter sports, they also organize social and cultural activities that attract visitors in the summer. "Summer camps are a must for us. We have a full range of modern amenities available," Cingi said.

He added that tents and caravans can be rented on a daily, weekly or monthly basis at reasonable prices. The ski center also hosts festivals on a nearby plateau at an altitude of 2,200 meters. "We will spend another summer full of sports, social activities, joy and excitement in Erciyes," Cingi said. Visitors to Erciyes will have a chance to join activities including a bike festival, Festa 2200, and the Erciyes Moto Fest, as well as a summit climb and a beach volleyball tournament. The next Erciyes Ultra Skytrail, a high-altitude terrain race, will be held in Kayseri next June. This summer season started with the IXS European Downhill Cup on June 7-9, which attracted professional bikers from around the world.