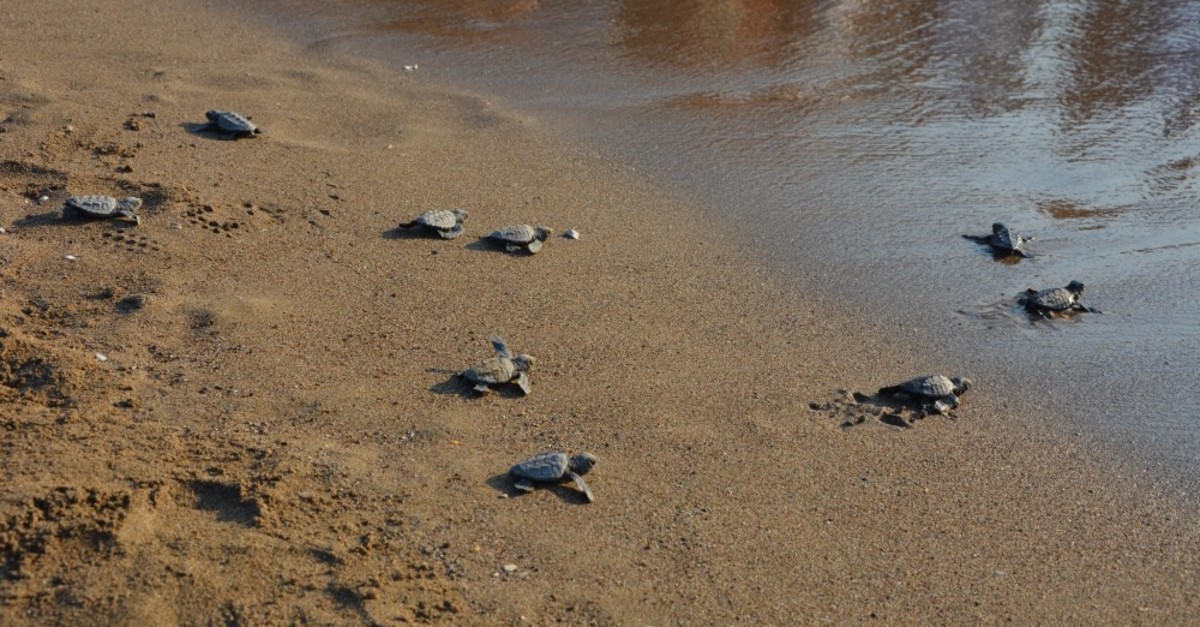 The first batch of native baby turtles hatched this week at a protected beach on Turkey's Aegean coast. Loggerhead turtle hatchlings crawled into the sea from İztuzu Beach in Muğla province, an important nesting area for this endangered species.

Yakup Kaska, head of the Muğla-based Sea Turtle Research, Rescue and Rehabilitation Center (DEKAMER), told Anadolu Agency (AA) that the beach is shared by both tourists and turtles.

"Tourists can use the beach between 8 a.m. to 8 p.m., and it is reserved for the turtles at night," he said. "This beautiful initiative can be replicated at sea turtle nesting spots around the world," he added.

There are 21 loggerhead turtle nesting spots in the Aegean province of Muğla and the Mediterranean provinces of Antalya, Mersin, Adana, and Hatay.

These turtles dig a 20 to 24-inch deep nest on the beach. After a 45-65-day incubation period, the hatchlings try to reach the sea by following the moonlight, but artificial light often confuses them making them lose their way and die. Wildlife workers build cages around the nests to mark them and as a warning to tourists. Beaches with nests are closed after dark.

Hüseyin Karameşe, the governor of Kemer district, said that at least 85 babies have hatched. Mother turtles laid eggs two months ago along the 3.5 kilometers of the shore, he explained. "No one is allowed to enter the beach after 9 p.m. Officers also check the nests throughout the night until sunrise," he added.