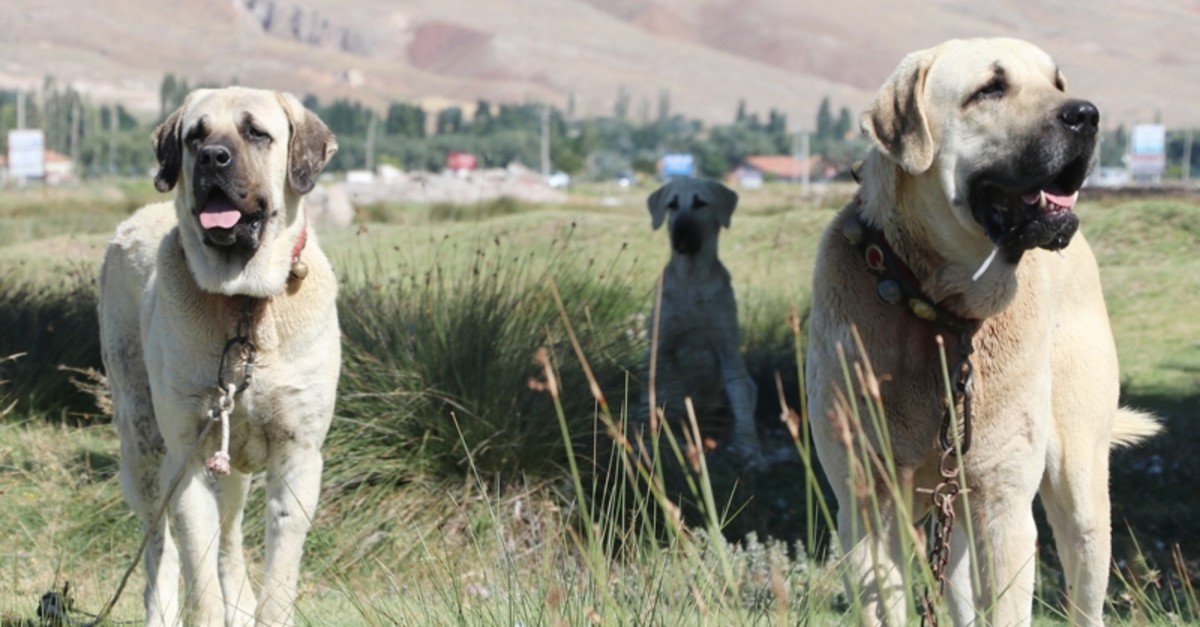 The Aksaray Malaklısı – the largest of the Anatolian sheep dogs, also known as the Turkish mastiff or Anatolian Lion – was used a war dog by the Assyrians over 2,500 years ago, according to a Turkish breeders association.

The Aksaray Malaklısı Breed Improvement Association (AKMID) said Sunday that the dog breed is one of the oldest in the world, and has a 3,500-year-long history in Anatolia.

"The Sumerians from Central Asia brought them to the Mesopotamian basin. The breed was used as a war dog 2,000 years ago during the time of the Assyrians," AKMID Chairman Muammer Tıpırdamaz told Ihlas News Agency.

Tıpırdamaz said the dogs were trained to attack foes, recognizing enemy soldiers by their different garb, in contrast to the Assyrians' armor.

Today, the Aksaray Malaklısı is a shepherd and guard dog, Tıpırdamaz explained.

Tıpırdamaz said that however the dogs are trained as puppies, that is how they remain as adults. If they are raised around livestock, they become accustomed to guarding livestock. If they are raised at a home, they get used to living with the homeowner and his family and acquaintances, he explained.

The Aksaray Malaklısı is similar to the better-known Kangal, another breed of Turkish sheep dog, but is slighter larger and has thicker legs.

Demand for the Turkish guard dogs have grown abroad, and about 100 Aksaray Malaklısı dogs are exported every year from Aksaray, in central Turkey, where there are several breeding centers. Dogs have been sent to Germany, the U.K., the Netherlands, Bulgaria, Romania and Russia and have recently been in high demand in China, Brazil, Argentina and across Africa.

The breed is not yet recognized internationally, but efforts are underway to gain certification, according to AKMID.