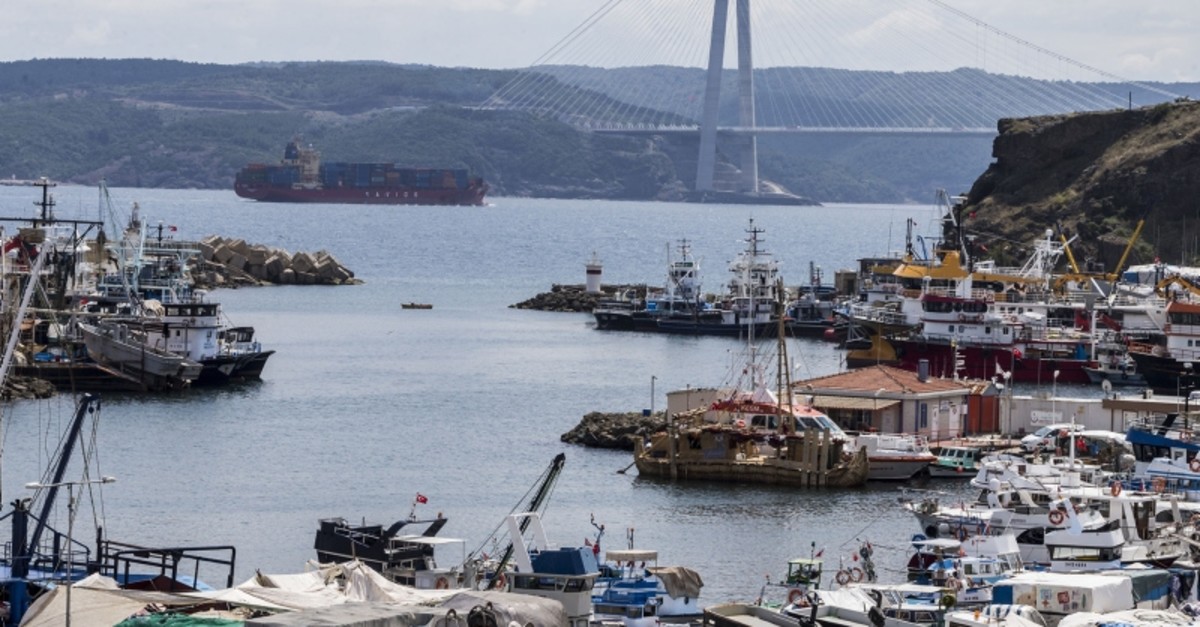 The Abora IV, which set sail from the Bulgarian port of Varna to prove a hypothesis that ancient Egyptians sailed with reed boats to travel as far as the Black Sea thousands of years ago, arrived at the Bosporus late Monday.

Dominique Goerlitz and his crew of 12 volunteers from Germany, the United States, Bulgaria, Bolivia, and the Netherlands, anchored at Istanbul's Rumeli Feneri (Rumelian Lighthouse), also known as the Türkeli Feneri, a historic lighthouse that is still in use on the European side of the Bosporus Strait's Black Sea entrance.

Setting off from Bulgaria on Aug. 17, the crew now plans to island-hop around the Aegean and cross the Mediterranean to Alexandria, after sailing 3,000 kilometers (1,619.8704 nautical miles) in total.

The theory that Egyptians sailed that far can be traced back to ancient Greek historian Herodotus, who wrote: "Egyptians sailed through the Black Sea to get materials that they could not have from the East Mediterranean." 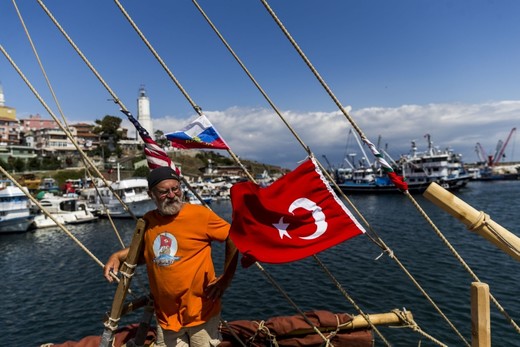 The design of the 14-meter (46-foot) boat drew inspiration from ancient rock drawings from upper Egypt and the Caucasus.

The construction was carried out with the help of volunteers and two members of the Aymara indigenous community from Bolivia's Lake Titicaca, Fermin Limachi and his son Yuri.

Teodor Rokov of the Archaeological Museum of Varna said that the motto of this voyage is "Journey for Peace", as the reed boat could be a perfect peace ambassador for all seas during the current political situation in the Black Sea.

During his last such expedition aboard the Abora III in 2007, Goerlitz set out from New York bound for southern Spain in a bid to prove that Stone Age man-made similar trans-Atlantic journeys.