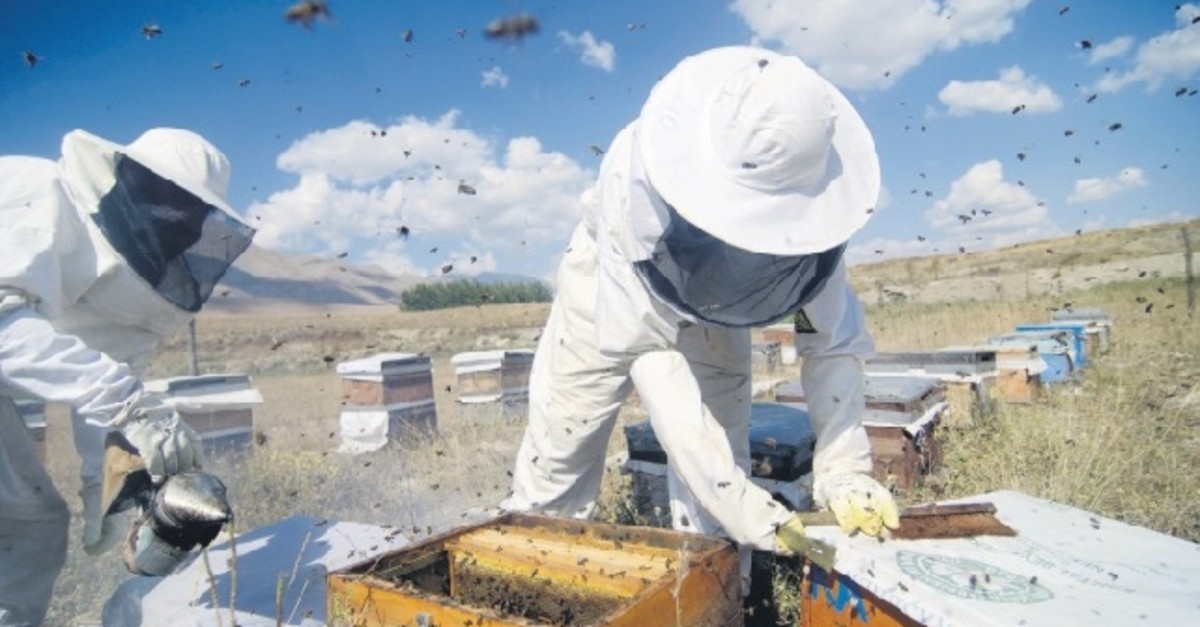 The nomadic beekeepers put on protective gear and use bee smokers to remove the honeycombs from the hives.
by Anadolu Agency Aug 28, 2019 12:05 am

For some 150 nomadic beekeepers of Ovacık, a district in eastern Turkey's Tunceli, another arduous season is coming to an end as they prepare to harvest this year's honey.

Every year, some 13,000 beehives are placed in the district, known for its variety of 1,600 plant species, of which 18% are endemic. From May to September, the beekeepers stay in the district to care for the bees. The nomadic beekeepers spend half the year in tents, away from their families.

They wake up in the early hours of the day, put on protective gear and use bee smokers to remove the honeycombs from the hives. The carry the honeycombs to their tents, either by using handbarrows or in their arms, and extract the honey with a honey extractor – all under the scorching summer heat.

They sell the product of their hard labor and contribute to the family budget.

"We have been beekeepers for generations. My father was a beekeeper and I took up his profession some three years ago," says Selahattin Aktimur, one of the nomadic beekeepers.

"We brought our bees from the Mediterranean region to Ovacık in the spring. After winterization, we take intensive care of the bees. Until the harvesting season, we have to work hard. Now, we are harvesting the honey," he said.

"We have set up our milking tent and we carry the honeycombs there, away from the bees. Here, we use an extractor to extract honey from the honeycombs. We sell our honey all around Turkey through our relatives," said Aktimur.