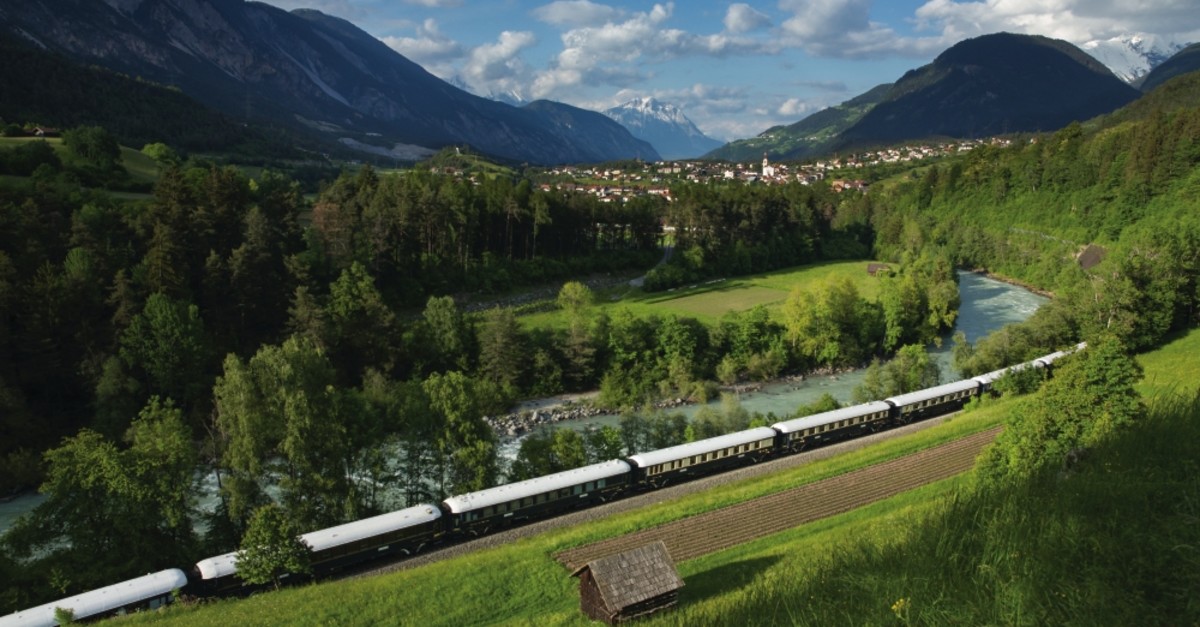 The Venice Simplon-Orient-Express provides an enjoyable journey accompanied by fantastic scenery for passengers.
by İREM YAŞAR Aug 30, 2019 12:15 am

A work of art in itself and a true art deco icon, the legendary Venice Simplon-Orient-Express (VSOE) train arrived in historic Istanbul's Sirkeci Station on Aug. 28. Offering one of the most celebrated and romantic journeys in the world, the train is a perfect means of transportation with its delightful vintage cabins, gastronomic cuisine and lively onboard entertainment. Besides, the sublime scenery of some of the continent's most alluring cities makes the journey on this luxury train one of the world's finest travel experiences.

The VSOE can be experienced many ways, from one-way train journeys between great European cities to inclusive tours with luxurious accommodation included. This time, the train presented a six-day journey, which started in Paris and ended in Istanbul, for its passengers.

Upon arrival, the sound of the steam whistle accompanied by the performance of the Ottoman military band Mehter stirred emotion in everyone at Sirkeci Station. While the Mehter welcomed passengers with their songs, others took photos to immortalize this special moment. The cabins were full when the long train finally stopped. People were getting out of their cabins with happy expressions on their faces. When I talked to some of them, their replies were all same: "It was an amazing, fascinating journey." They also appreciated the staff and service on board.

Thanks to my quick chats with them at the station, I learned the course of their journey. In the first day of the trip, passengers stepped aboard the gleaming blue-and-gold carriages of the VSOE at Paris Gare de l'Est Station and settled in their cabins while the train departed for the first leg of the historic journey to Istanbul. They enjoyed refreshing cocktails accompanied by the train's pianist's tunes on the baby grand.

During the night, the train moved through France and Germany. The passengers awoke to a continental breakfast. The changing views were fascinating as they wound their way through Austria and into Hungary. In Budapest, they stayed a night at a hotel and had a chance to discover some of the fascinating sights there.

Afterwards, they enjoyed a guided tour of the majestic Hungarian Parliament Building, which was inspired by London's Houses of Parliament. After reboarding, the train glided into Romania. The passengers paid a short visit to Peles Castle. Then the journey continued toward Bucharest, and guests spent a night there at a hotel. Back on board, the final leg of the journey to Istanbul began. The most amazing part of this leg is that the passengers were introduced to exquisite Turkish cuisine.

The passengers will depart again for Paris on Aug. 30 from Sirkeci station. Until then, the public can visit and see the train in situ. 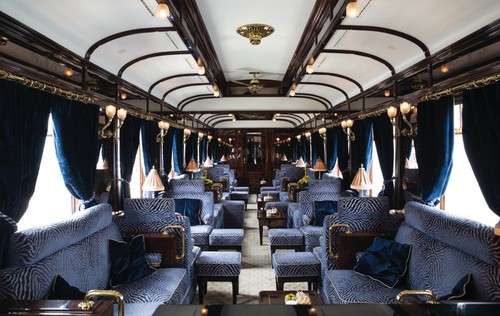 The VSOE cars are unique in decoration along with their comfort.

The VSOE cars are the original 1920s models. Each cabin has a washbasin, hot and cold water, towels, bathrobes and slippers. Many cabins have adjoining doors and can be converted to cabin suites.

If the passengers want to commemorate their journey with a wonderful memento from a collection of specially created monogrammed gifts, the boutique cabin waits for them. There is an exclusive bar with art deco interiors.

The historical Orient Express service launched on Oct. 14, 1883, departing from Paris to Istanbul. Its name has long been reminiscent of the golden age of travel in the 1920s and 1930s and is evocative of an art deco era of glamorous travel and adventure. This legendary train is made up of 17 original 1920s carriages, each of which with its own unique history and all of which formed part of many of the famous trains of the era that pioneered the way for international travelers to cross borders in style and luxury.

We can also offer some information on the history of several of the carriages. Sleeping car 3309 is the oldest of the sleeper cars, built in 1926 in Belgium. It operated exclusively as part of the Orient Express' train working on various parts of the route from 1928 to 1939. Sleeping car 3425 was built in England in 1929 and shipped to the continent for service across many routes.

This is all to say that the Venice Simplon-Orient-Express, which will depart from Istanbul today, offers a great opportunity to experience an amazing, international journey with its unique history and service accompanied by perfect views.