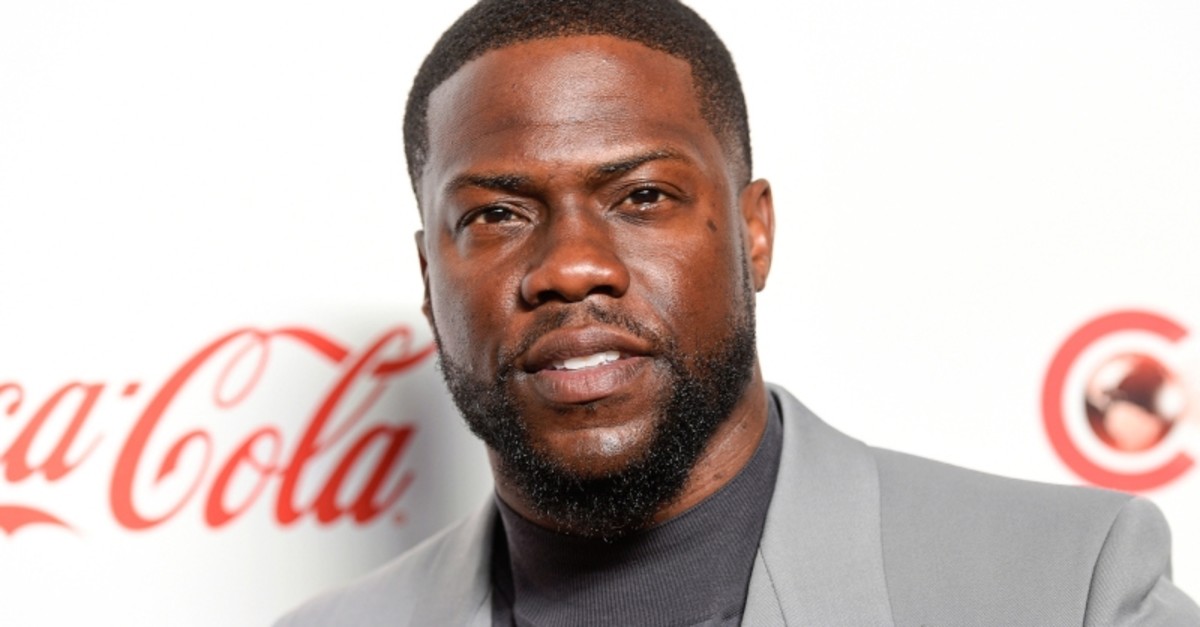 In this April 4, 2019 file photo, Kevin Hart poses for photos at the Big Screen Achievement Awards at Caesars Palace in Las Vegas. (AP Photo)
by Associated Press
Sep 02, 2019 12:36 am
Actor-comedian Kevin Hart has been injured in the crash of a vintage muscle car in the hills above Malibu.

A California Highway Patrol collision report says the 40-year-old Hart was a passenger in a 1970 Plymouth Barracuda that went off Mulholland Highway and rolled down an embankment around 12:45 a.m. Sunday.

The report says Hart and the driver, 28-year-old Jared Black, both suffered "major back injuries" and were taken to hospitals.

Another passenger, 31-year-old Rebecca Broxterman, only complained of pain.

The CHP report says the car immediately went out of control as it turned from a canyon road onto the highway.

The report says the driver was not under the influence of alcohol.

A Hart representative did not immediately reply to messages.

The crash was first reported by TMZ.