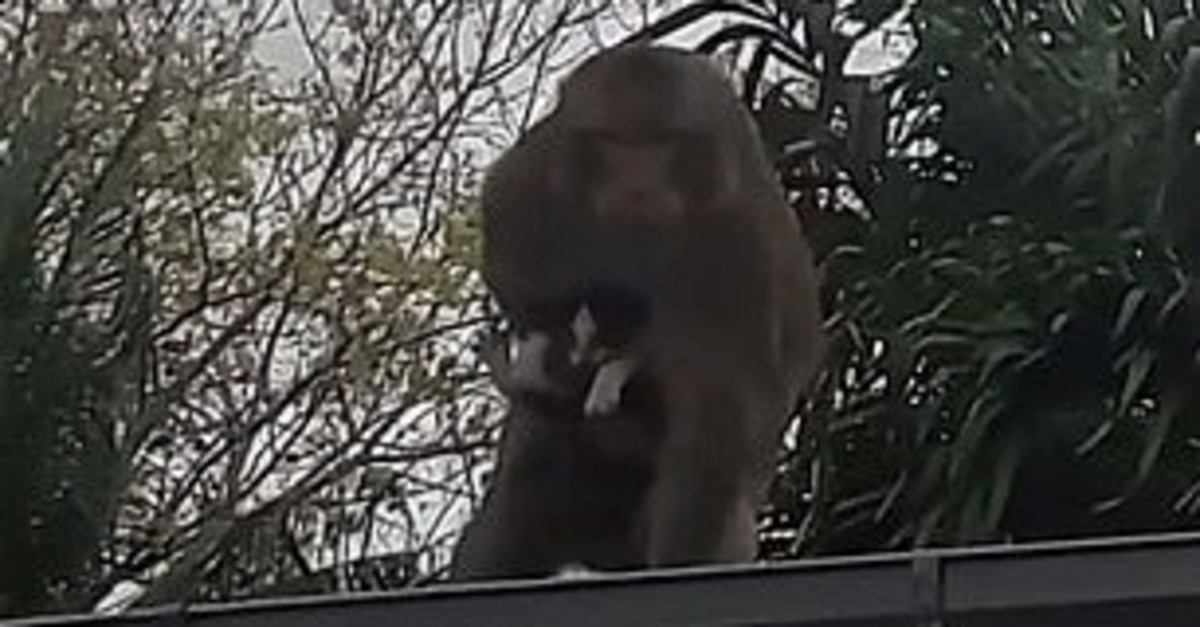 A monkey took a kitten hostage and held it while eating bananas as onlookers begged the animal to not hurt the feline.

The incident reportedly took place in Rayong, eastern Thailand, where the monkey grabbed the kitten as it wandered around a home.

In video recordings released online, the monkey is seen holding the terrified kitten on the roof while it eats bananas.

Horrified neighbors told media outlets that they have not seen the kitten since the incident.

"We don't know if the monkey has killed the cat or it escaped and ran away," Chantra Sakulphitak was quoted as saying.

The monkey had a criminal past, according to neighbors, who said that the animal "terrorized" locals by stealing their food.