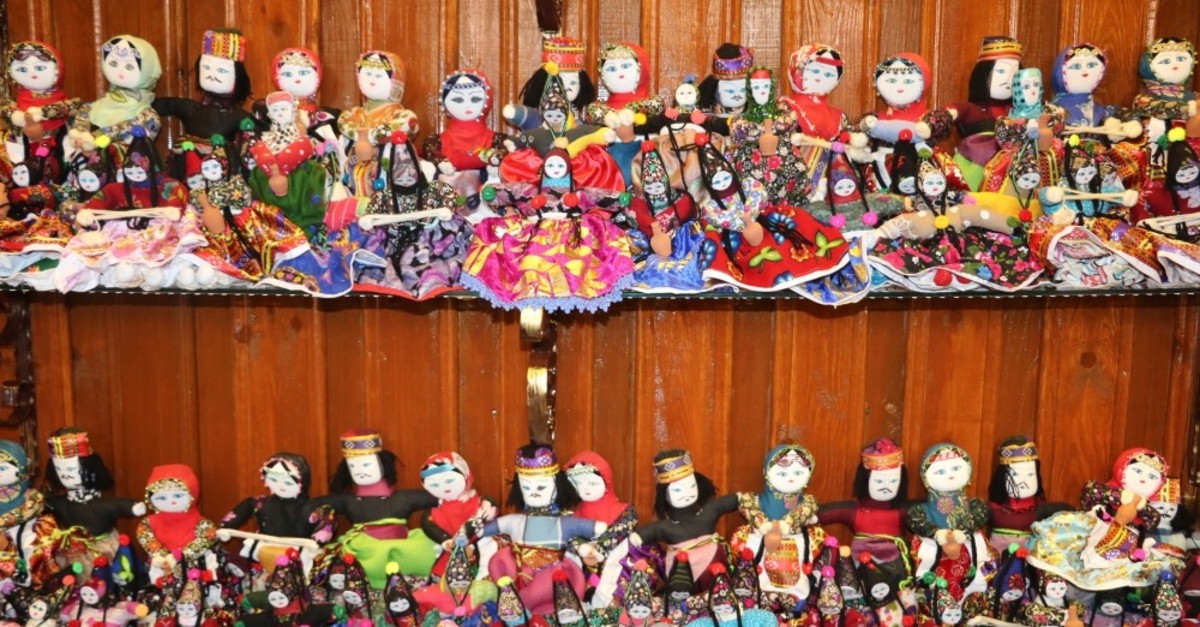 Barbie dolls have been around for more than 50 years and have served as the best friends for millions of children around the world. But it seems like Barbie's throne is being challenged. Ezo Gelin dolls produced in Turkey's southeastern province of Gaziantep, wearing the traditional clothes of the region, are becoming the new friends of children and the apple of many a collector's eye.

Manufactured from organic materials, Ezo Gelin dolls feature no plastic or any other chemical ingredient. Reflecting Turkish culture, the dolls are also preferred by parents as they are both traditional and healthy. Eray Savcı, one of the manufacturers of the dolls, said they have been making Ezo Gelin dolls for the last three years. "Each doll and their clothes signify a different aspect of Turkish culture. Unlike Barbie dolls, they do not have any plastic in these dolls. These dolls are made from organic fabric, ropes and dye," said Savcı.

The handmade dolls are also budget-friendly. Ezo Gelin dolls are sold between TL 15 and TL 35.