Brooklyn cracks down on rats using alcohol in traps 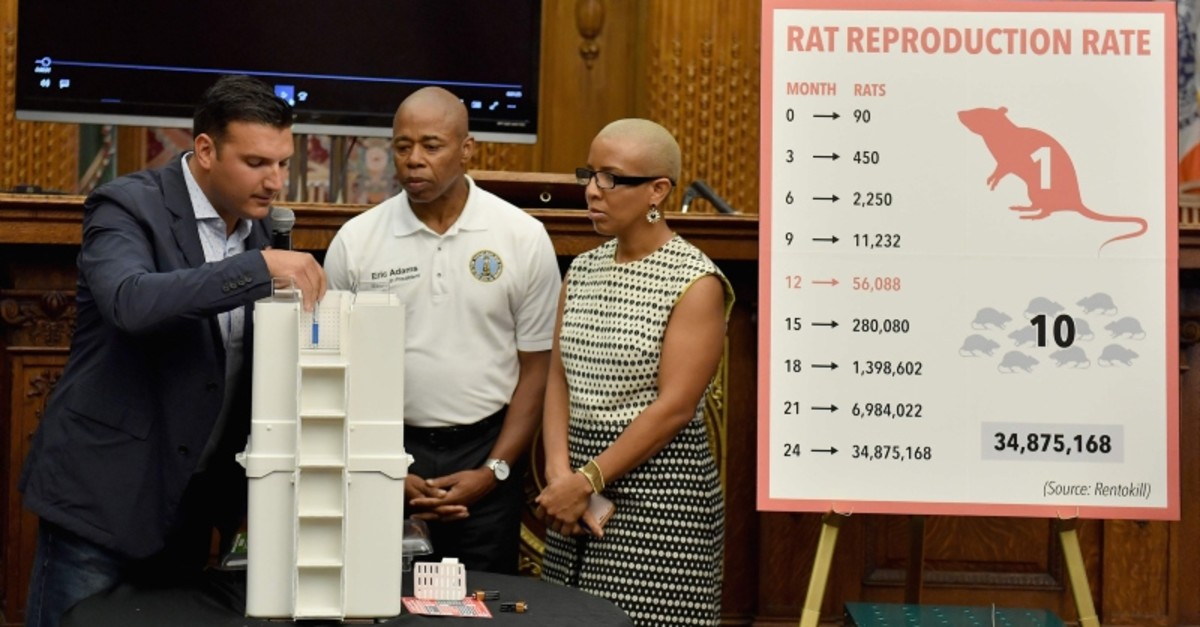 Rodents are one of the more unappealing aspects of life in America's largest metropolis, often seen scurrying between subway tracks and sniffing around garbage bags.

City officials have spent millions of dollars trying to cull the rat population over the years, deploying everything from rodent birth control to vermin-proof trash cans.

Now they say they have finally found a solution: a machine that attracts rats with bait and then triggers a trap door that drops them into a pool of alcohol-based liquid.

"It knocks them out and they drown eventually," Anthony Giaquinto, the president of Rat Trap Inc., which imports the devices from Italy, told reporters.

The machine -- called Ekomille -- is battery operated and resembles a cabinet around two-feet high.

Rats climb a ladder to eat the bait. A sensor deploys a trip lever which plunges them into a tray that can hold 80 rat carcasses.

A total of 107 furry rodents met their end this way during a month-long trial around the grounds of the borough hall in Brooklyn, officials said.

During a rather macabre demonstration for journalists outside the building Thursday, sanitation workers opened the container to reveal several dead rats floating in a green liquid.

He declared the trial a success and said it would be rolled out in some of Brooklyn's most rat-infested districts.

New York's rats are notorious and legend has it that there are as many rats as humans -- more than eight million -- although that figure has been debunked as a myth by a local statistician.

Thousands of New Yorkers ring a health department help line every year with rat-complaints. Adams said New York was gripped by a rat "crisis," adding that families were being "traumatized" by the vermin.

In July 2017, the city announced a $32 million program to cull thousands of rodents by installing rat-resistant trash cans tightening garbage rules. It also trialed a liquid bait that made rats infertile.

English novelist Charles Dickens complained about rodents when he visited in 1842. A rat shot to internet stardom in 2015 when it was filmed walking down the stairs of a subway station with a slice of pizza in its mouth.