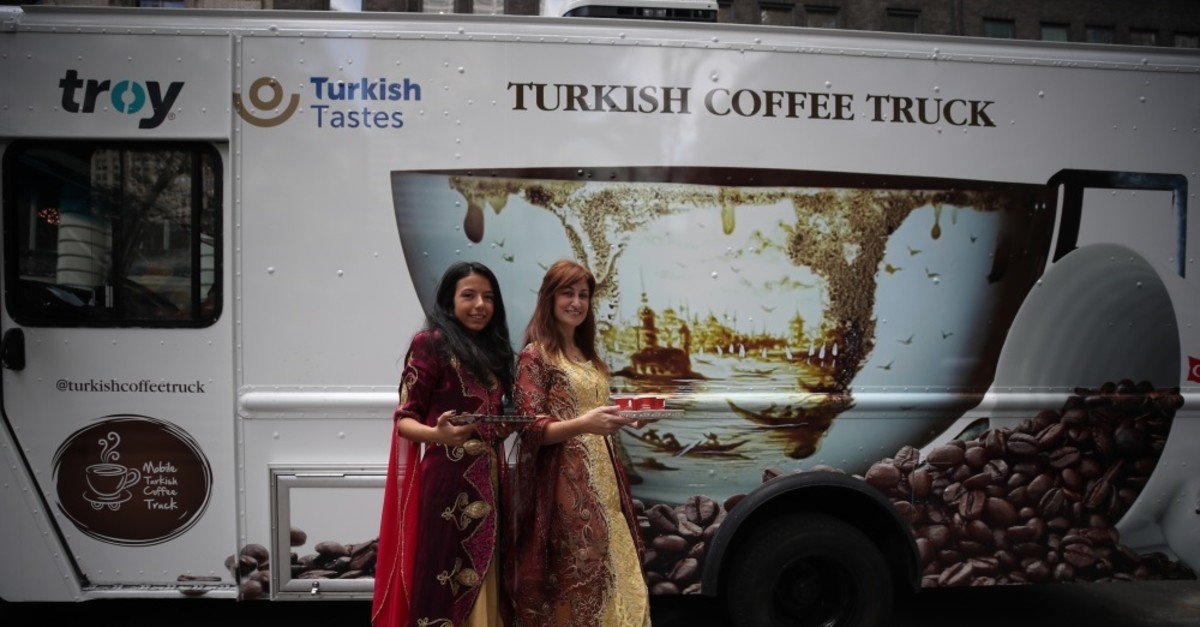 The Turkish Coffee Truck started a promotional tour of the U.S. on Monday in New York to introduce Americans to traditional Turkish coffee.

The truck, which "promotes Turkey through engagement and cultural diplomacy" will visit New Jersey, Maryland, Virginia and Washington D.C. and offer its services to coffee lovers. The project's director, Gizem Salgıcıl White, said the idea was launched not only to introduce Turkish coffee in the U.S. but also to build bridges between cultures.

Thousands of Americans will be offered free coffee and the truck's crew will promote Turkey's culture while serving in traditional Turkish clothes.

Also featured on the tour will be renowned miniature artist Hasan Kale, an academic in the history department at Nişantaşı University Göknur Akcadağ, gastronomy expert Cenk R. Girginol and author Ahmet Serif İzgören, who will hold presentations on the history of Turkish culture and meet American scholars and community leaders.