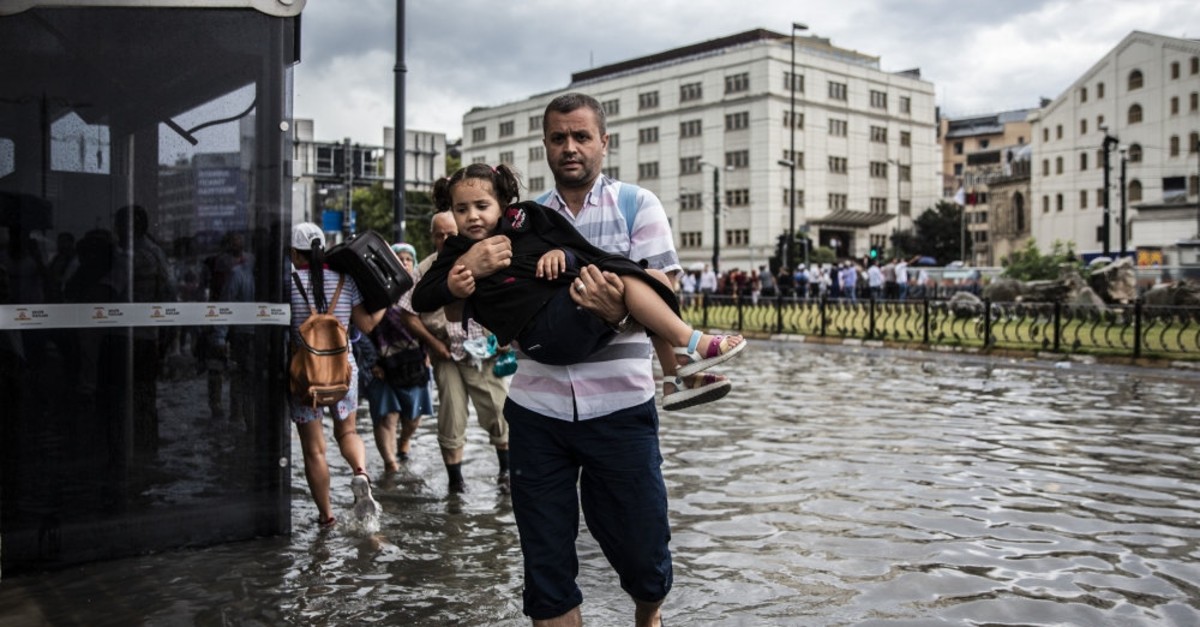 Latest summer rains in Istanbul caused flooding throughout the city.
by Anadolu Agency Sep 12, 2019 12:22 am

The adverse effects of climate change are now upon us. For the last few years, the world has struggled with the inevitable results of the damage that humans have caused to our planet over the centuries.

Professor Murat Türkeş, a board member of Boğaziçi University's Center for Climate Change and Policy Studies, said the effects of climate change have become clear in the last 20 years.

"Extreme weather, like heavy rains, floods and tornadoes, are taking place because of the rising temperature. We have seen the 'medicanes' or Mediterranean Cyclones in 2018. The observed effects prove that extreme weather, climate and disaster events increase. We see that it can increase more in the future," Türkeş continued.

He noted that the increase in the average highest and lowest temperature in recent years is one of the important indicators of climate change.

He added that the winter season has become warmer and sees less rain, compared to the past. He said downpours have increased in the spring and summer.

Türkeş said studies show the average temperature in Turkey may rise further over the next few years. "Heat waves and increased surface temperatures cause drying of certain tree species. Future projections do not report promising news for Turkey. Climate models suggest rainfall will decrease in the west and south of Turkey, like in many places on the Mediterranean Basin. Winter-autumn rainfall, which is so important for water resources, will also decrease. Some worst-case scenarios suggest surface temperature in Turkey may rise as much as 7 degrees Celsius by the end of this century." He also predicted that extreme weather events will further increase in the coming years.