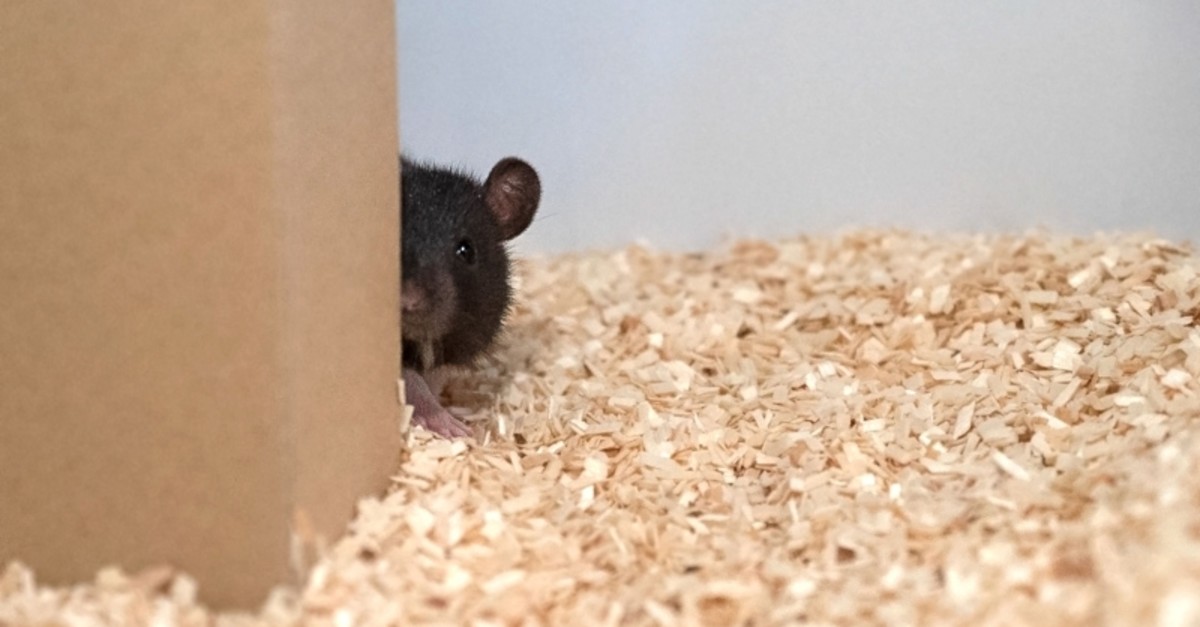 The next time you come across a rat darting furtively for cover, consider this: It might just want to have a playful game of hide-and-seek.

A group of neuroscientists in Germany spent several weeks hanging out with rodents in a small room filled with boxes, finding the animals were surprisingly adept at the cross-cultural childhood game -- even though they weren't given food treats as a reward.

Instead, the rats appeared to genuinely enjoy both finding their sneaky human companions and being caught by them, as shown by their joyful leaps (what the Germans called "freudensprung") and ultrasonic giggles that previous work has found is a sign of happiness.

The researchers' paper was published in the influential journal Science on Thursday, and beyond the cuteness factor (or creepiness, depending on one's perspective), it offers new insight into play behavior, an important evolutionary trait among mammals.

"When you work a lot with rats over the years, you see how intelligent these animals are and how social," co-author Konstantin Hartmann from the Humboldt University of Berlin, where the other members of the team are also based, told AFP.

"But it was still very surprising to us to see how well they did," he said.

Working with adolescent male rats in a room of 30 square meters (320 square feet), a scientist would either find a cardboard box to crouch behind in a hiding role, or give the rat a headstart to find cover while the scientist searched.

They quickly developed advanced strategies, including re-visiting spots humans had previously hidden when they were seeking, and choosing to take cover in opaque rather than transparent boxes when they were hiding.

To help train them, the authors rewarded the rats not with food or water, which would invalidate the experiment, but with positive social interaction in the form of physical contact, explained Hartmann.

"They chase our hand, we tickle them from the side, it's like a back and forth a little bit like how you play with small kittens or puppies," he said.

The scientists suspect though that the rats were motivated not just by this interaction but that they also liked to play for the sake of play itself.

The animals would let out high-pitched giggles three times above the human audible range and would execute so-called "joy jumps" during the game -- both associated with feelings of happiness.

Once they were discovered, the rats often jumped away and "playfully rehid" at a new location, sometimes repeating the process several times -- indicating they wanted to prolong the play session and delay the reward.

Play is an important part of cognitive development for adolescent mammals, and rats make for ideal models to study brain activity in humans because of their evolutionary proximity to us, which is also why they are often used in the study of disease.

Scientists are therefore keen to learn what parts of the brain's prefrontal cortex that is linked to social behaviors, are involved -- but because play is a free-flowing activity, it had been difficult to study.

The team therefore attached microwires to the rats' heads that recorded their brain activity, allowing them to identify which individual neurons were linked to specific game events.

This in turn could be used for future study: for example, to look at neural development when play activities are restricted during adolescence.

But the more we learn about rat and mice social behavior, the more human-like they seem, raising difficult ethical questions about their use in medical trials and other experiments.

"I think, being aware of the cognitive abilities of an animal is really important," said Hartmann, adding it was always important to judge the value of the expected outcome against the use of animals.

"This type of research will also help other scientists to see in rats more than what you usually see when you just get the rat and use it for standard experiments, when you're not aware of what these animals can do."