On the way back from difficult plateau life 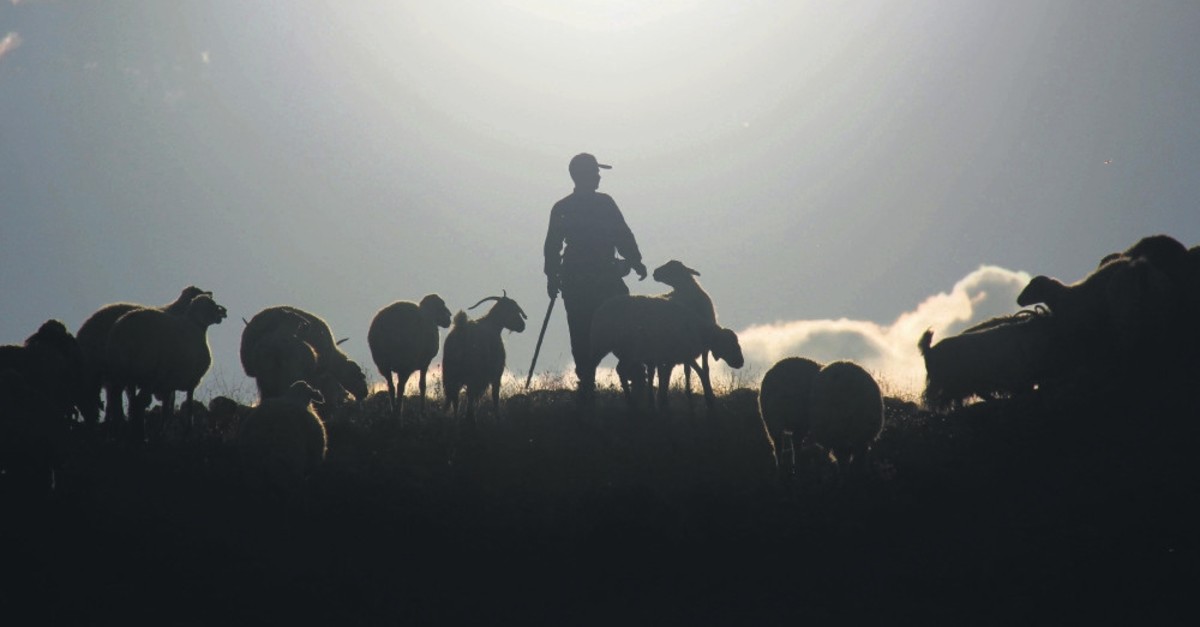 Nomads herd thousands of sheep and goats from the plateau to their village on foot.
by Anadolu Agency Sep 14, 2019 12:04 am

Nomads who spend their summer months in the highlands on Munzur and Mercan mountains in the Ovacık district of Tunceli province have started to return their villages as weather gets cooler.

Fifty nomadic families come from the districts of Pertek, Pülümür, Çemişgezek, Nazımiye and Hozat and go to the plateaus in Ovacık to graze their animals during the summer every year. The families make the challenging and long journey with thousands of sheep and goats, and return to their villages in the autumn.

The nomads stay in tents for about three months on the high altitude plateaus in the region. They take their sheep, which are sometimes weak, to the plateau in three-story live animals carriers in the spring. When it is time to go back, they take the flocks of sheep to their villages on foot.

The nomads, who are returning from Işıkvuran, Yalmanlar, Ziyaret, Mercan and Eğripınar plateaus, which are at an altitude of about 3,370 feet up on Munzur and Mercan mountains, arrive in Ovacık district's center by going down difficult highland roads with horses and sheep. They set up tents in certain areas of the district and stay for a few days. Here, they both rest their sheep and sell their "Şavak" tulum cheese, which is made from the milk of their animals.

Traveling for miles to reach their villages, the nomads protect their flocks against wild animal attacks like bears, wolves and coyotes by standing guard at night alongside their Kangal Shepard dogs. They also use flashlights.

Yusuf Ömeri, one of the nomads, told Anadolu Agency (AA) that life on the plateau is really difficult.

Noting that they spend summer months on the plateaus, Ömeri said: "Plateau life is difficult and tiring, usually the air and water is very cold. There were many wild animals in the plateau this year. We have started down the plateau. We are going back to our villages. After staying in Ovacık for about a week, we will make a two-week journey to our village in Çemişgezek."

Ramazan Karavar also stressed that he came from Şanlıurfa province's Siverek district to Ovacık to shepherd.

Remarking that he grazes his sheep day and night, Karavar continued: "We try to earn our keep. For some people, our work is difficult, while it is comfortable according to some. We inherited this job from our fathers. We sleep next to the sheep on felt. There are wolves and bears. We also protect our animals without harming wild animals. We take our sheep from the plateau to our village on foot. In one week, we will reach the villages of Çemişgezek from the Munzur highlands."

Fadile Demir, who is also returning to her village with her family, reported that the life of nomads is difficult. She stated that they deal with milking animals and making cheese.

The return of the nomads to their villages, which are located in low-attitude regions, is a sure sign for locals of cooler weather approaching.