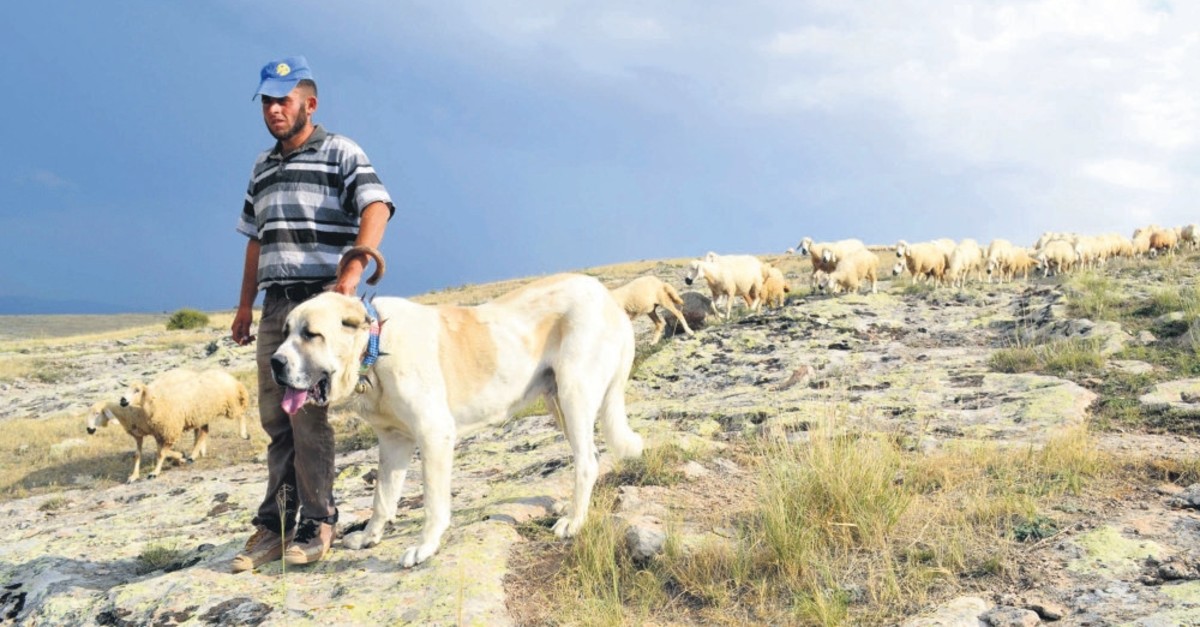 Turkish shepherd dogs, Aksaray Malaklısı, also known as "Anatolian lions," have been sent to China to protect han sheep. The dogs are the largest of the Anatolian sheep dog breeds.

Aksaray Malaklısı, attracting worldwide attention with their large size, protective instincts and docile nature, are carefully bred in farms established in modern conditions in Aksaray province and sent all over the world.

There is an intense demand for the Anatolian lion, which is the "most reliable companion" of shepherds against the dangers in nature, from a number of countries such as Germany, the U.K., the Netherlands, Bulgaria, Romania and Russia.

In recent years, demand from China, Brazil, Argentina and from different countries in Africa has pleased breeders.

The Malaklı dogs sent to the Chengdu region of China have proven themselves to the world once again by protecting sheep.

Recalling that Malaklı is a breed that has existed in Anatolia for about 3,500 years, Tıpırdamaz stated: "It was used as a war dog 2,000 years ago in the time of the Assyrians. It was brought to the Mesopotamian basin from Central Asia by Sumerians approximately 3,500 years ago. Scientists and cynologists [dog scientists] say this. Since we breed sheep and goats, we have always had these dogs with us. Aksaray Malaklısı is referred to as 'shepherd and guard dog' in Anatolia."

Tıpırdamaz noted that seven farms established under modern conditions in Aksaray and 15 individual breeders carefully breed Malaklı dogs and sell them to all over the world.

Malaklı dogs in the Far East

Indicating that the number of breeding centers has risen, Tıpırdamaz continued: "We evaluate domestic and foreign demands together with dog breeders. We show the mother and father of Malaklı and send the best puppies abroad because they represent the breed of Aksaray Malaklısı. We send hundreds of Malaklı dogs to a number of countries, including the U.S., Indonesia, China, Europe and Russia, a year. The price of Malaklı puppies ranges between TL 1,500 and TL 2,500. In recent years, the majority of Malaklı dogs abroad goes to the Far East, with China taking the lead."

Pointing out that many Malaklı dogs have been taken to China in the last four to five years, Tıpırdamaz said: "Yet another Chinese client came to us recently. We had a consultation with him. China has a sheep breed named ‘han sheep.' The man said he breeds this kind of sheep. He asked for Malaklı dogs for the protection of han sheep. So, we helped him, and he took the dogs to China. We did some research before we delivered the dogs. I was surprised to see these sheep. They have an abnormal tail structure. I have never seen such a tail structure before. The man came, looked, liked the dogs and bought a Malaklı to protect his sheep. As far as I follow on social media, our dog has grown up and has been doing his job well, and the Chinese man is very pleased."