Buildings that give Istanbul its soul 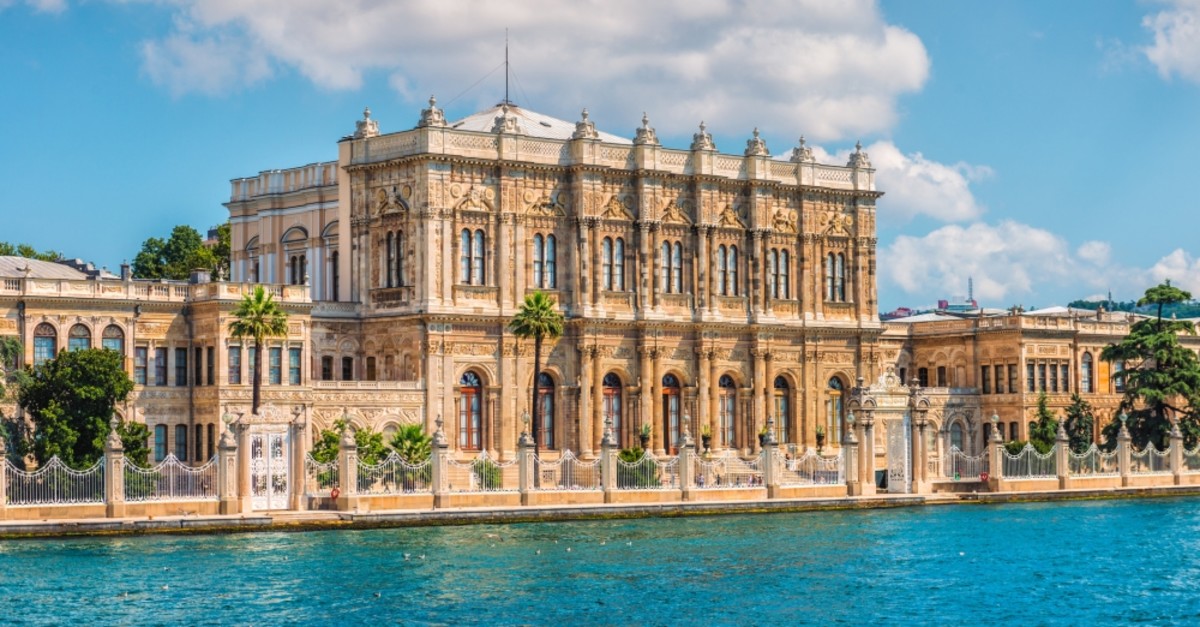 Built by Armenianu2013Ottoman architect Garabet Amira Balyan, Dolmabahu00e7e Palace was the residence of the last Ottoman sultans.
by Daily Sabah Sep 18, 2019 12:14 am

A city might be identified by many things, but its architecture is what gives its life. Despite all the catastrophes it has endured, Istanbul still hides its soul in its signature buildings and the architects who shaped them

Istanbul has been a city full of life and trade for centuries. Throughout history, the city has been a place where great architects of the time wanted to build their masterpieces. In time, the buildings became the identification markers of the city, in other words, great masters of architecture gave Istanbul its soul. To celebrate the architects as well as their masterpieces in Istanbul, let's take a stroll through Istanbul's architectural history.

Isidore of Miletus and Anthemius of Tralles

When the Roman Empire divided into two, Istanbul became the capital of the Eastern Roman Empire, better known as the Byzantine Empire. In fact, the soul of Istanbul began to be shaped during the rule of these Greek Orthodox emperors. The story of the construction of the Hagia Sophia began in A.D. 532 when the Nika Riots, a great revolt, hit Constantinople. At the time, Emperor Justinian I had been ruler of the empire for five years and had become unpopular. To regain the love and respect of his people, Emperor Justinian I ordered Isidore of Miletus and Anthemius of Tralles, great architects and engineers of the time, to build the most glorious cathedral in Christianity. The architects built the Hagia Sophia in great haste, finishing it in less than six years.

After the conquest of Constantinople by the Ottoman Empire in 1453, Sultan Mehmed II ordered the cathedral to be protected and converted into a mosque. During the conversion, Ottoman architects added Islamic features to the building such as the mihrab, the minbar (pulpit) and four minarets. It remained a mosque until 1931 when it was closed to the public for four years. It was reopened in 1935 as a museum by the Republic of Turkey. The Hagia Sophia is, as of 2014, the second-most visited museum in Turkey, attracting almost 3.3 million visitors annually. There is no need to say that today, as the Hagia Sophia is one of the most famous symbols of Istanbul. 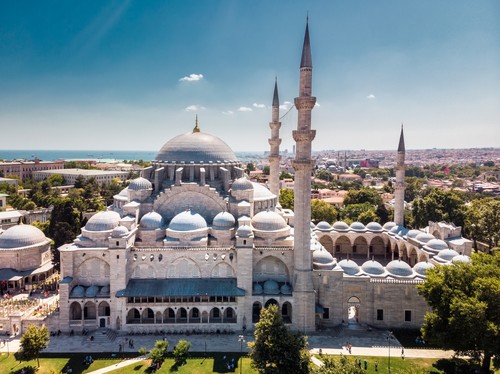 Mimar Sinan, or Sinan the Architect, is the most famous architect in the Ottoman Empire, which ruled in three continents for almost 600 years. Born in 1490 in the Ağırnas village of Kayseri, Mimar Sinan, the greatest architect that had ever lived in the Ottoman Empire, was brought to Istanbul as a "devshirme" - a system that trained non-Muslim citizens of the empire to be officers of the state - in the time of Sultan Selim I, also known as Yavuz Sultan Selim.

Sinan's star began to shine during the reign of the Süleyman the Magnificent, who ruled in the 16th century. He put his signature architectural touches on 365 works across the world, including 92 mosques, 52 small mosques, 55 schools of madrasahs, seven schools for Quran reciters (darülkurra), 20 mausoleums, 17 imarets, three hospitals, six waterways, 10 bridges, 20 caravanserais (large inns), 36 palaces, eight cellars and 48 public baths before his death at the age of 98. When Kanuni ordered Sinan to build a mosque in his own name, as a master city planner, the great architect chose one of the hills overlooking the Golden Horn and began the construction of one of Istanbul's most beautiful mosques: Süleymaniye.

The construction of Selimiye Mosque lasted for nine years and the materials used in the construction were supplied from every region of the country. Stone, brick and other materials were constantly being sent to the construction site, while the empire's most talented artisans put their best work into the tiles and ornaments of the mosque.

Besides being one of the most majestic buildings ornamenting the skyline of Istanbul, Süleymaniye Mosque is surely a masterpiece by a man who gave the Ottoman Empire its soul.

Widely known as the Blue Mosque for its intricate blue ceramic tiles that grace its interior walls, the mosque was commissioned by Sultan Ahmet I and opened for worship in 1616. One of the most beautiful examples of Ottoman architecture, it is the only six-minaret mosque to have ever been built by the Ottomans. Its architect, Sedefkar Mehmet Agha, built it directly across from the Hagia Sophia. The interior ceramic tiles were produced by artisans in the town of İznik and are still celebrated for their intricacy and detailed work. More than 20,000 tiles decorate the interior of the mosque, which was last restored more than three decades ago. Sedefkar Mehmet Agha came to Istanbul as a devshirme from the Balkans and started his education at Enderun, the Ottoman school where civil servants were brought up. He was one of the best architects who worked under the great Ottoman architect Mimar Sinan. After Sinan's retirement, he became the chief architect of the Ottoman court. He built many mosques and bridges during his service throughout Ottoman lands.

Dolmabahçe Palace, the grand palace in the Beşiktaş district of Istanbul, once the residence of crown princes during the last periods of the Ottoman Empire, was built by Garabet Amira Balyan, a member of the Armenian-Ottoman Balyan family, which was famous for the generations of architects who were active in 18th and 19th centuries and built many buildings such as palaces, mosques, churches, mansions, waterfront residences, barracks, schools, hospitals, towers, fountains, weirs and theater halls.

Throughout his 30-year career, Garabet Amira built countless public and privately founded buildings; most of his works still stands today. During the reign of Sultan Abdülmecid, Garabet played an important role in the urban developments of the Galata region. He earned success by not adopting the symmetry used in European cities but rather using the landscape's harmony of nature and sea.

With its eclectic design containing elements from baroque, rococo and neoclassical styles blending with traditional Ottoman architecture, the palace hosted Caliph Abdülmecid Efendi as the last royal of the Ottoman Empire. After the foundation of the Turkish Republic, its founder Mustafa Kemal Atatürk used the palace as his presidential residence. It is currently being used as the Istanbul office of President Recep Tayyip Erdoğan.

Born in 1826 in Istanbul, the son of Garabet Amira Balyan, Nigoğos Balyan studied at Sainte-Barbe Collage in Paris. He was the favorite student of well-known architect Labrouste. Nigoğayos then became the court architect. He worked on Dolmabahçe Palace's construction with his father. The architect trained his students in wall ornamentation and stone carving using instructors he brought from Europe. During the reign of Sultan Abdülmecid I, he became the sultan's art consultant. Located just next to the July 15 Martyrs Bridge, Ortaköy Mosque is one of the most beautiful examples of baroque architecture in Istanbul. It is neo-Baroque in style, with an ornate exterior and large windows that allow light to flood into its relatively plain interior. The main chamber is small and square shaped; its edge is 12.25 meters in length. The ceiling is a dome shape, covered in pink mosaics. There are two tall minarets, each with a single minaret balcony.