Next generation of mountaineers train in 'Turkish Alps' 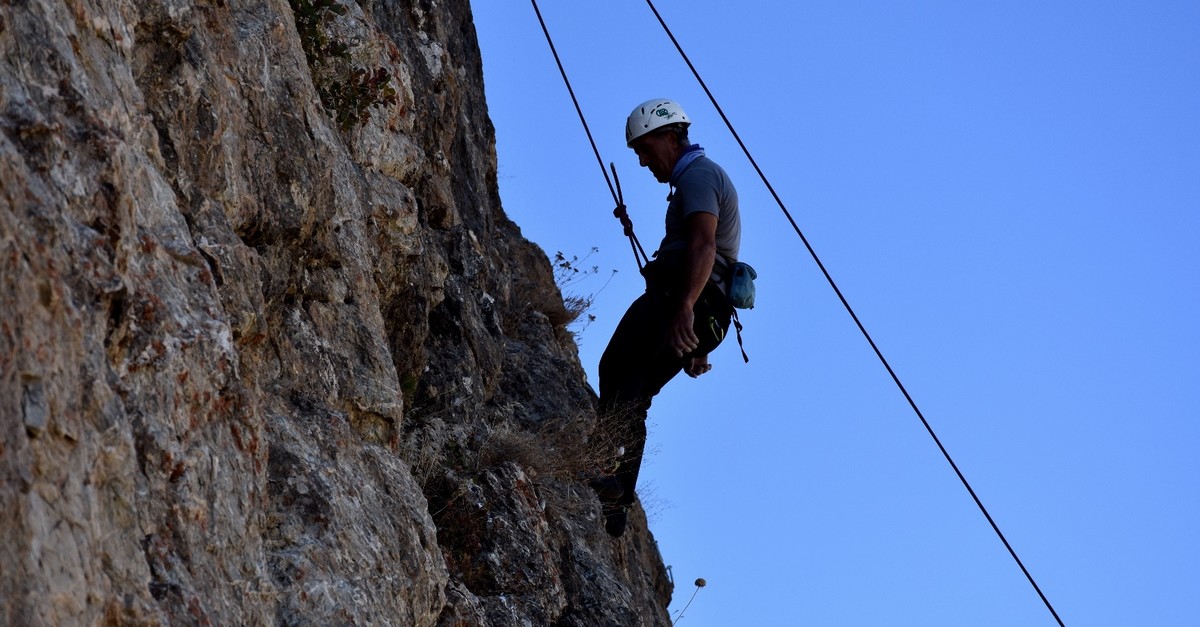 A mountaineer trains on the hills of Hakkari, one of Turkeyu2019s most mountainous regions.
by Anadolu Agency Oct 04, 2019 12:16 am

Turkey has everything you want to see in nature: lakes, rivers, plains, highlands and mountains... very high mountains.

Hakkari, located in eastern Anatolia, the most mountainous part of the country, is now the spot where mountaineering wannabes flock. The mountains of Hakkari have been welcoming young climbing enthusiasts who want to master the peaks.

In order to meet the increasing demand, the Turkish Mountaineering Federation (TDF) has initiated a mountaineering training center in the region, enabling enthusiasts to work with mountaineering veterans.

Naci Ertunç, the representative of the TDF in Hakkari, said the city and its surroundings are known as the "Turkish Alps," and it is the perfect place to train as a mountaineer, as there are numerous peaks of various heights. "We want to increase the sportive activities in the region. By increasing the activities, Hakkari will be a city known by the world," said Ertunç. Ömer Faruk Aşkan is one of the sportsmen who have been participating in the sportive events in Hakkari for the past two years. Stating that young people prefer to be active in nature instead of spending their time doing nothing, Aşkan continued: "I love mountaineering, and I have been doing it for two years now. I live in Istanbul but come here very often. I hope the number of mountaineering events increase in the region."