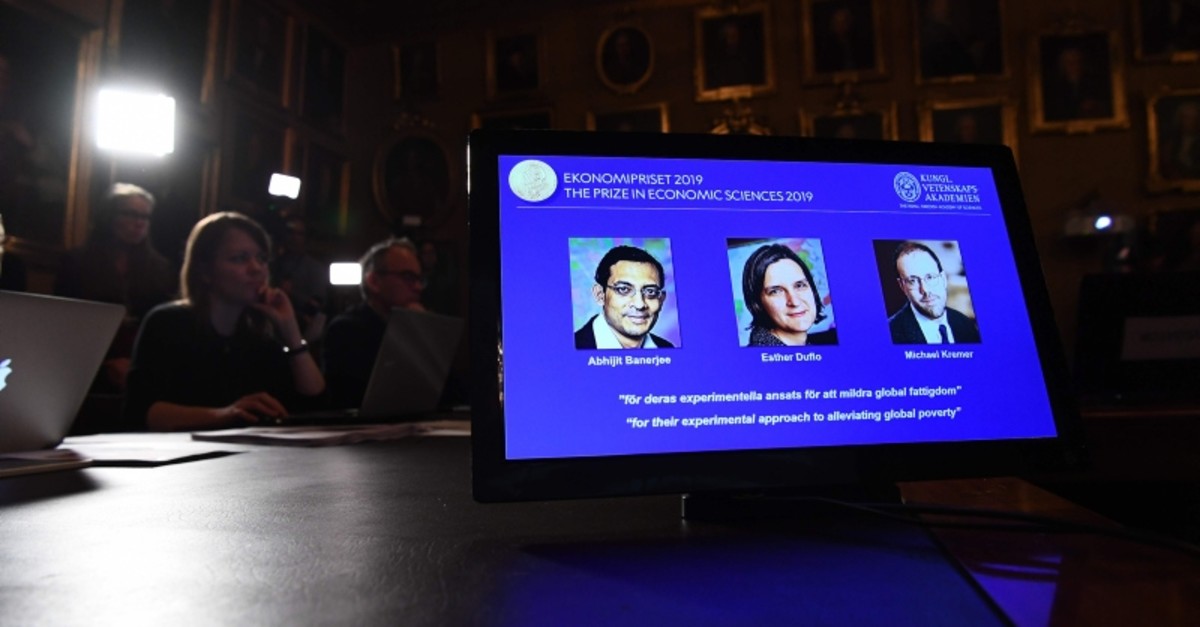 Banerjee and Duflo, who are married, are at the Massachusetts Institute of Technology, while Kremer is at Harvard University. The three have often worked together.

Duflo, who phoned into the news conference where the prize was announced, said receiving it was "incredibly humbling." The 46-year-old, born in Paris, is the youngest person ever and only the second woman to receive the economics prize. The first was Elinor Ostrom in 2009.

She noted that the profession is not always a welcoming one for women.

"Showing that it is possible for a woman to succeed and be recognized for success I hope is going to inspire many, many other women to continue working and many other men to give them the respect that they deserve like every single human being," she said.

They said Kremer showed the power of that approach in the mid-1990s in fieldwork in Kenya.

In India, Banerjee and Duflo's research center, the Poverty Action Lab, devised a system reorganizing public school systems by learning level rather than age or grade. The academy says that, as a direct result, five million children benefited from remedial tutoring in schools.

"This is huge for us," said Shobhini Mukerji, the executive director of the South Asia branch of the Poverty Action Lab, in New Delhi. "India is where the seeds were sown for their research."

"He has been trying to get economics away from the theoretical part, but using theory to understand the world as it is," she said from her home in Kolkata. "The way it works, the way poverty is, the way people handle poverty."

Banerjee this year advised India's opposition party, the Congress, ahead of national elections in May about offering financial aid to the poor. He has also criticized the Modi government about alleged political interference in statistical data and over a program to take cash out of the economy.

There was no immediate comment from Prime Minister Narendra Modi on Twitter, where he is an active user.

Max Roser, a University of Oxford researcher who founded the Our World in Data project, said the news was "fantastic."

"Even after two centuries of progress against global poverty I think it is clearly one of the very biggest problems in the world today."

In awarding the prize, the academy noted that over 700 million people survive on extremely low incomes and five million children die every year of diseases that can be prevented or cured with inexpensive treatments. Have of all children leave school without basic literacy or numeracy skills.

Officially known as the Bank of Sweden Prize in Economic Sciences in Memory of Alfred Nobel, the award wasn't created by the prize founder, but is considered to be part of the Nobel stable of awards.

It was created by Riksbanken, the Swedish central bank, in 1968, and the first winner was selected a year later.

Last week, six Nobel prizes were given — medicine, physics and chemistry plus two literature awards, and the coveted Peace Prize.