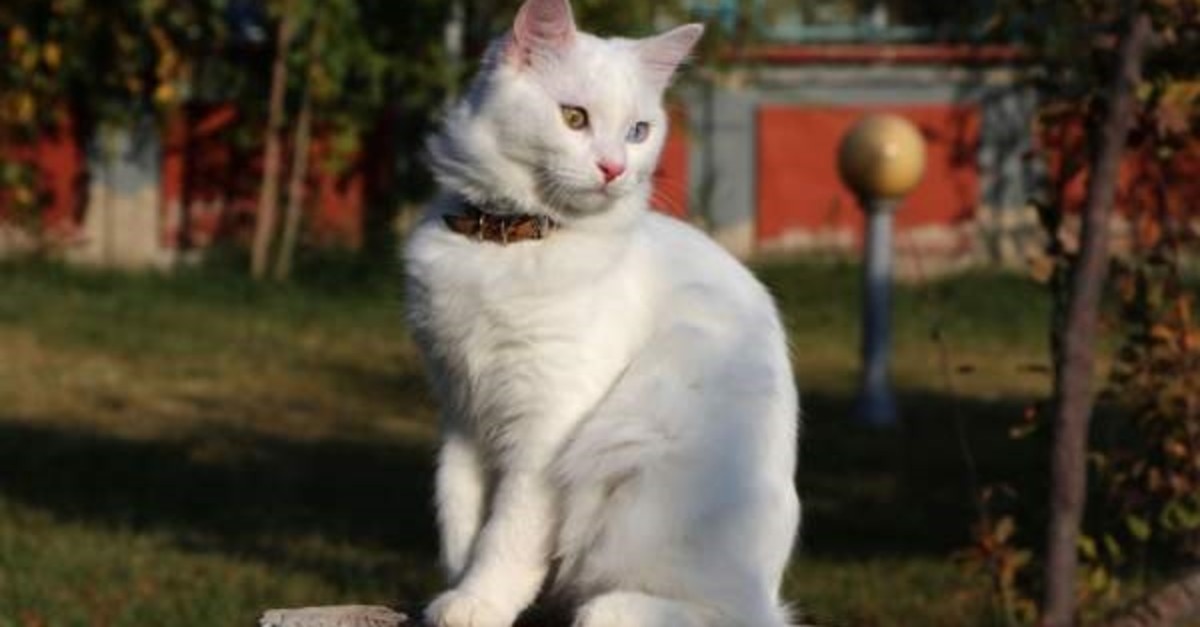 Van cat breed will be represented at the International Cat Beauty Pageant in Istanbul. (DHA Photo)
by Daily Sabah with DHA Oct 15, 2019 4:39 pm

Van cats are special. Not simply because of their white fluffy fur and mismatched eyes. But also because of their loving and tender attitude to all creatures, including humans, around them. Being one of the cutest cat breeds on Earth, it is not surprising that two of them living at the Van Cat Villa under the protection of the Van Cat Research Center have made to the shortlist for the International Cat Beauty Pageant scheduled to take place between Oct. 31 and Nov. 3 in Istanbul.
The Van cats, named Su and Başak, are currently getting ready for the big day. They are pampered everyday to get their fur all done and spend time with their friends at the villa to blow off steam.
Organized for the seventh time by Cat Federation and Happy Cat Association of Turkey, the International Cat Beauty Pageant will host a total of 200 cats from different breeds coming from around the world. The pageant will take place at Istanbul Fair Center.
Van cats are believed one of the oldest cat breeds in the world. Some say that they were one of the species that sailed on Noah's Ark. Although Van cats are beloved by local people and the entire country, it was discovered that the Van cat breed was losing its purity back in the early 1990s.
In order to protect the breed, the Van Cat Research and Application Center was founded at Yüzüncü Yıl University. Since the day it was founded, the center has conducted research projects to facilitate the continuity and purity of the Van cat breed. And recently, research studies have managed to produce positive results. The center has been breeding new kittens using the adult cats in its cat house, and has banned people from taking the cats out of the province. Through their studies, the center has achieved an increase in the number of cats with one amber-green eye and one blue eye.