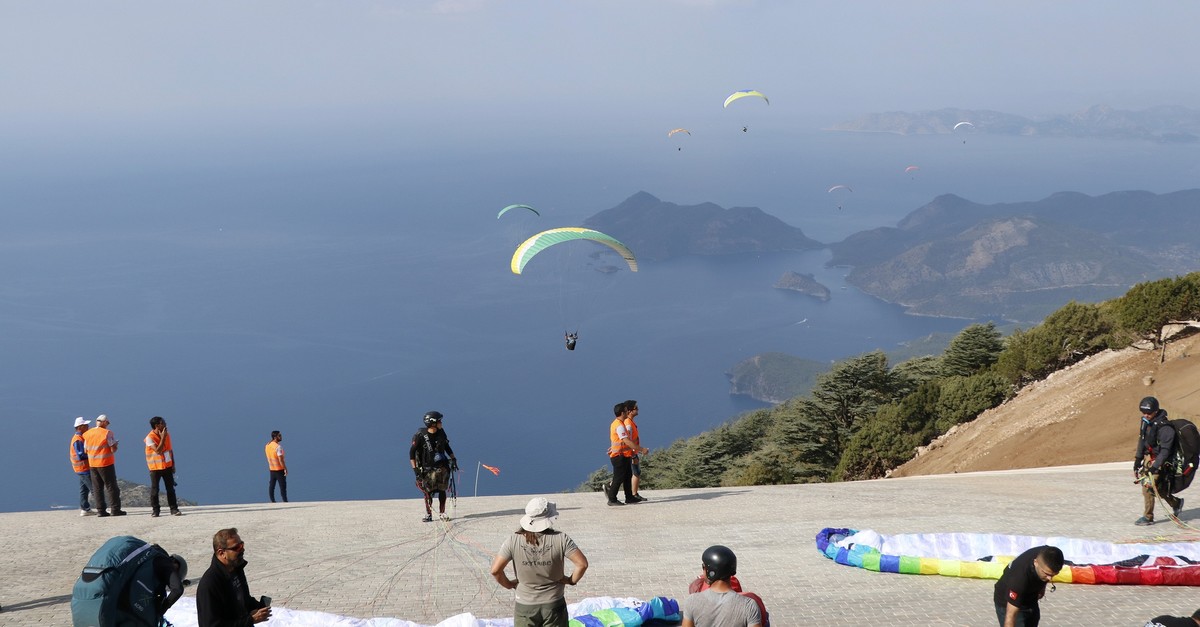 On the opening day of the festival, paragliders put on shows for spectators, jumping from Babada? Mountain in Fethiye, Mu?la. ( AA Photo )
by Daily Sabah Oct 16, 2019 5:59 pm

This year, for the 20th time, the southern province of Muğla is hosting the International Dead Sea Air Games Festival. Organized in Fethiye, which is a famous spot for paragliders, the festival welcomes 200 paragliders and the world’s best acrobats from 70 countries.

Taking place until Oct. 20, this festival of free flying will be drawing out aerial artists from all over the world in extreme sports disciplines such as paragliding, skydiving, BASE jumping and paramotoring for what will be a breathtaking event for both those flying in the sky and watching from the shore.

The Dead Sea (Ölüdeniz in Turkish) in Muğla’s Fethiye district is one of the most visited resort towns in Turkey. Over the years, the town has built itself into the ultimate paragliding destination in the country as paragliders take off from Babadağ Mountain, situated in the background, at an elevation of 2,000 meters only to land on Ölüdeniz's silky smooth and sandy beach.

The festival aims to make paragliding a signature activity in the region while bringing in adrenaline junkies from all over the world. If you want to try flying among the clouds or just watch the daredevils, you need to stop by and enjoy one of Turkey’s best coasts.