Turkish master of kites follows his dreams among the clouds 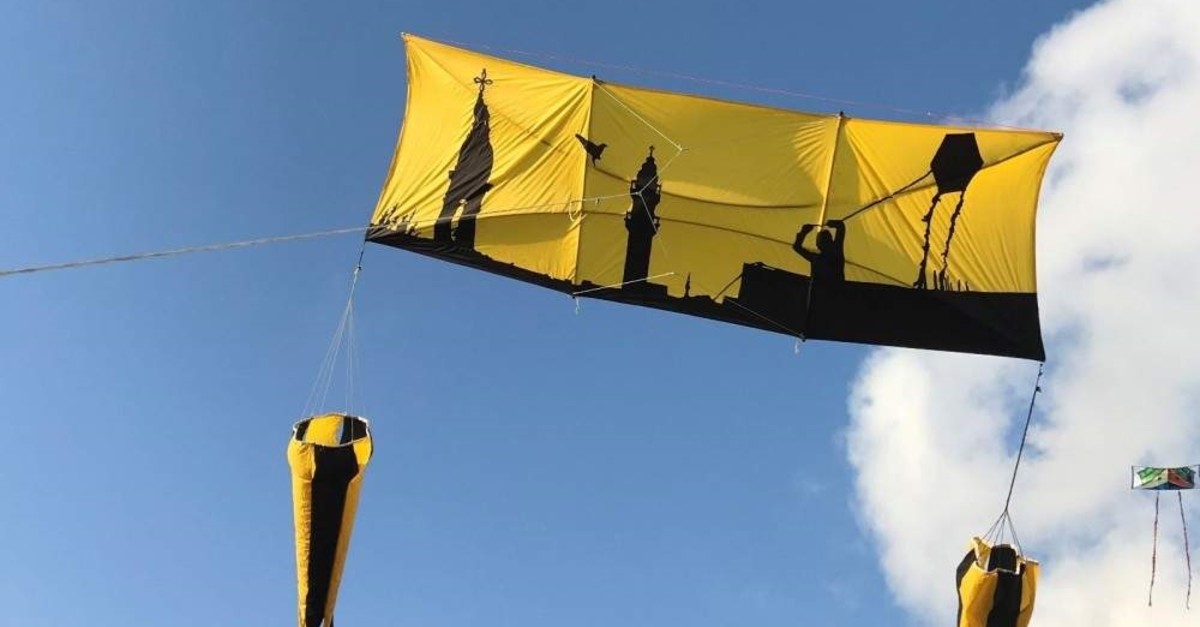 Zahit Mungan discovered his passion for kites when he first saw a handmade kite flying among the clouds in the southeastern province of Mardin, his hometown. Before he even learned how to read and write, he began to make simple kites that could float in the air only for a few minutes. Then he began to add sophisticated details to his creations. When he learned that kites were actually made of a special fabric instead of cotton, Mungan decided to take his creations to the next levels.
Mungan’s dreams have always been among the clouds. Long before drones were being to be used for aerial photo and video shoots, Mungan was installing smartphones and cameras to his kites to take the best photos of his hometown.
In time, Mungan has become the symbol of a tradition that was falling into oblivion. Once the skies of Mardin were colored by kites but by the time Mungan started to make his own, children had forgotten the joy of flying a kite. Reviving this almost-lost tradition, Mungan began to represent Turkey and Mardin’s kite tradition at the international kite festivals and competitions.
The kite master of Turkey was last seen flying his own kite at the International Malta Kite Festival. Mungan attended the festival with the traditional attire of Mardin for four days, he took the Turkish flag up into the skies with his kites.
“I have been making and flying kites as long as I can remember,” said Mungan. “Until recently, I was building the kite through my own means but now Mardin Governorate and Mardin Metropolitan Municipality support my craft. With the workshop they built, we are making kites with children for children so that the tradition continues in Mardin.”
Last Update: Dec 20, 2019 1:13 am
RELATED TOPICS