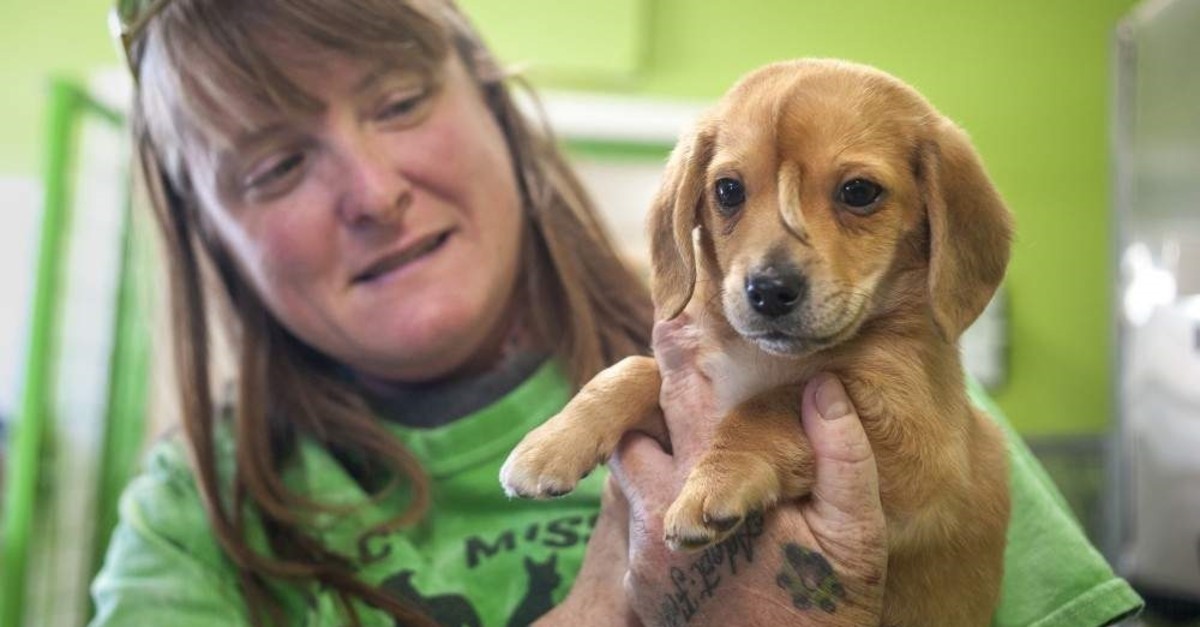 Mac's Mission animal rescue founder Rochelle Steffen holds a 10-week-old golden retriever puppy with a small tail growing between his eyes, dubbed ,Narwhal,, Wednesday, Nov. 13, 2019, in Jackson, Mo. (AP Photo)
by Daily Sabah with AP Nov 14, 2019 5:53 pm
A rescued puppy is attracting a lot of attention with his tail-like growth making him look like a tiny unicorn. Thanks to the growth on his forehead the nearly 10-week-old puppy was aptly named "Narwhal the Little Magical Furry Unicorn" or in short just "Narwhal" by the the Mac's Mission in Jackson.
Narwhal was rescued over the weekend from the freezing cold and sent to Mac’s Mission, which specializes in fostering animals with special needs.
Mac’s Mission founder Rochelle Steffen says Narwhal doesn’t notice the extra tail and is otherwise a happy, healthy puppy. Although it looks like a tail, Narwhal cannot wag it. Upon inspection the tail isn't connected to anything and has no real use, the vets say. As the growth doesn't cause any pain there is no medical reason to remove it.
Steffen says the rescue group has been flooded with requests from people wanting to adopt Narwhal since his picture hit social media. But he’ll remain at Mac’s Mission so his caretakers can be sure the tail doesn’t grow out of proportion to his face and cause him problems.
Last Update: Dec 20, 2019 1:41 am
RELATED TOPICS