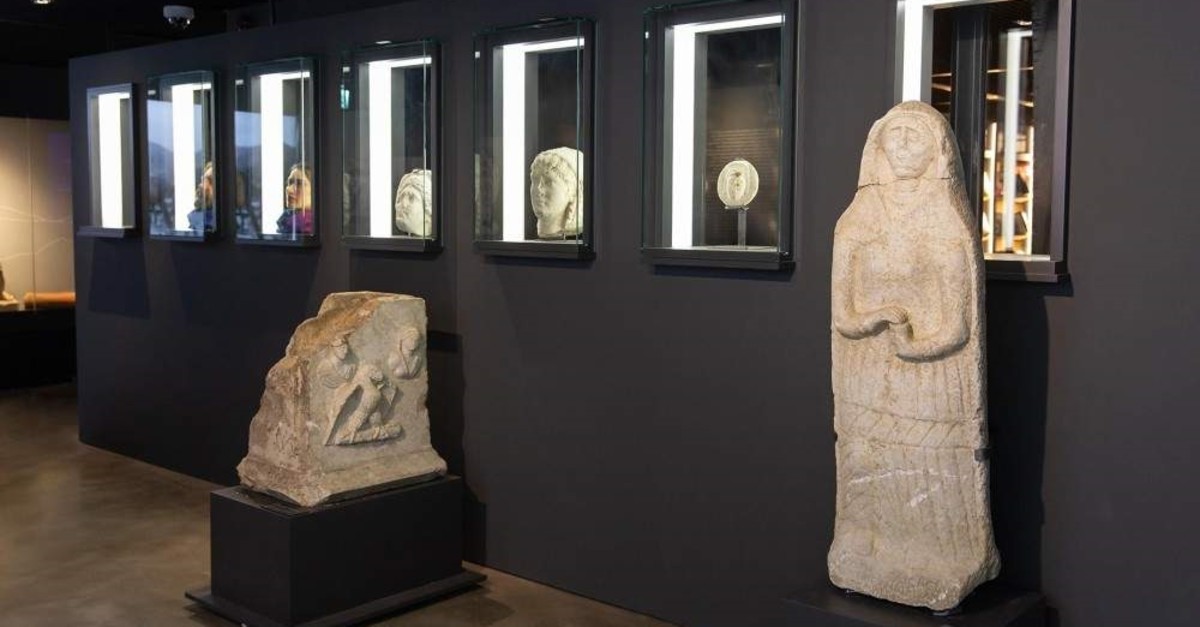 The ancient city of Sagalassos, once conquered by Alexander the Great, before flourishing under the rule of the Roman Empire, now arrives in Istanbul.
Originally located in southwestern Anatolia, Sagalassos is considered one of the most well-preserved ancient cities in all of Turkey. As a part of the exhibition “Meanwhile in the Mountains: Sagalassos,” 368 rare artifacts from the excavation site have now been brought to Istanbul to be displayed along three floors of the Yapı Kredi Culture and Arts Publication’s Beyoğlu building. Aside from statues, clay figures representing the cultural and religious rituals of the people of Sagalassos, and stone tools, the exhibition features the fossils of mammoths who once roamed Anatolia. Meanwhile, life-size statues of Marcus Aurelius and Emperor Hadrian will be a highlight for many.
Featured in UNESCO’s Tentative List of World Heritage, Sagalassos was an important city that was central to a number of major ancient trade routes. The city was an export hub for pottery and agricultural products throughout antiquity. The city presided over rich, fertile lands, allowing for the cultivation of grains and olives. Following Arab raids in the 7th century, the city was mostly abandoned.
The exhibition “Meanwhile in the Mountains: Sagalassos” opens today and can be seen until May 28, 2020.
Last Update: Dec 20, 2019 1:56 am
RELATED TOPICS