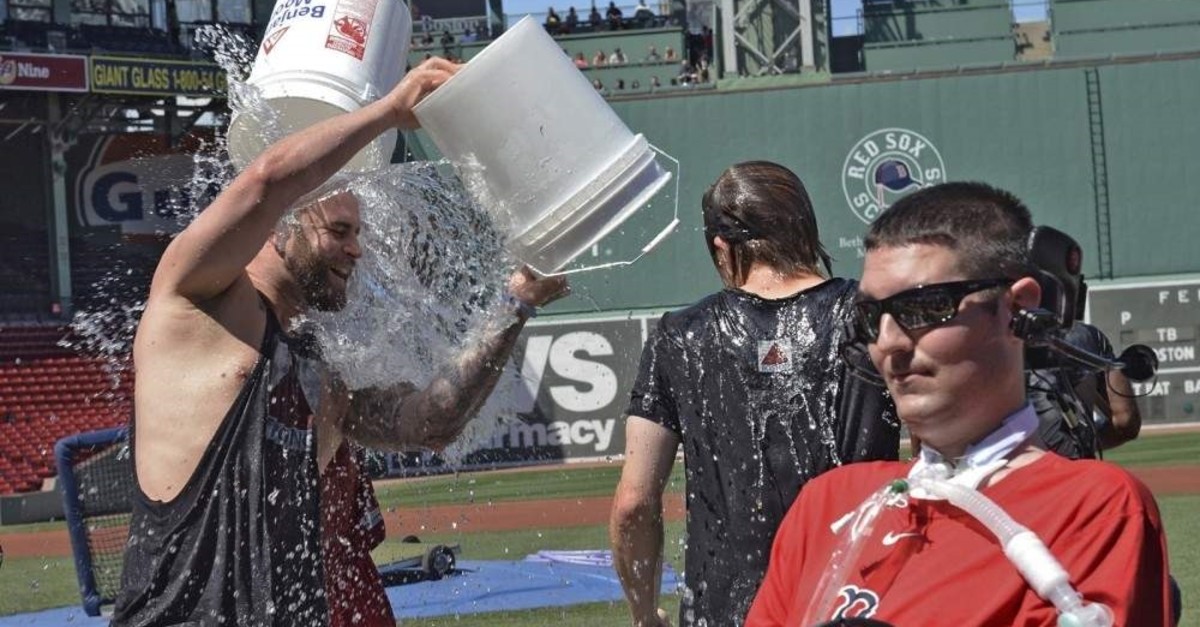 Pete Frates, whose battle with ALS inspired the Ice Bucket Challenge that raised millions for research, died on Monday at age 34 after a seven-year battle with the disease, Boston College said.

The former BC baseball captain, died at his home in Beverly, Massachusetts. He had been diagnosed with the neurodegenerative disease, which is also known as Lou Gehrig's disease, in 2012 at age 27.

The Ice Bucket Challenge took place during the summer of 2014, when people around the world posted videos and photos of themselves dumping buckets of ice water on their heads and challenging others to do the same while urging donations for ALS research.

It raised more than $220 million, the ALS Association reported. In 2017, the U.S. Food and Drug Administration announced it approved a drug that slows the effects of ALS.

It was part of his long-time ALS advocacy, which he said inspired him to not just survive but thrive after being diagnosed with the deadly disease.

"(It) gave me another reason to get out of bed every day," Frates told the Boston College newspaper, The Heights, roughly a year after his diagnosis.

"Being part of something bigger than yourself is one of the best things you can do," Frates said.