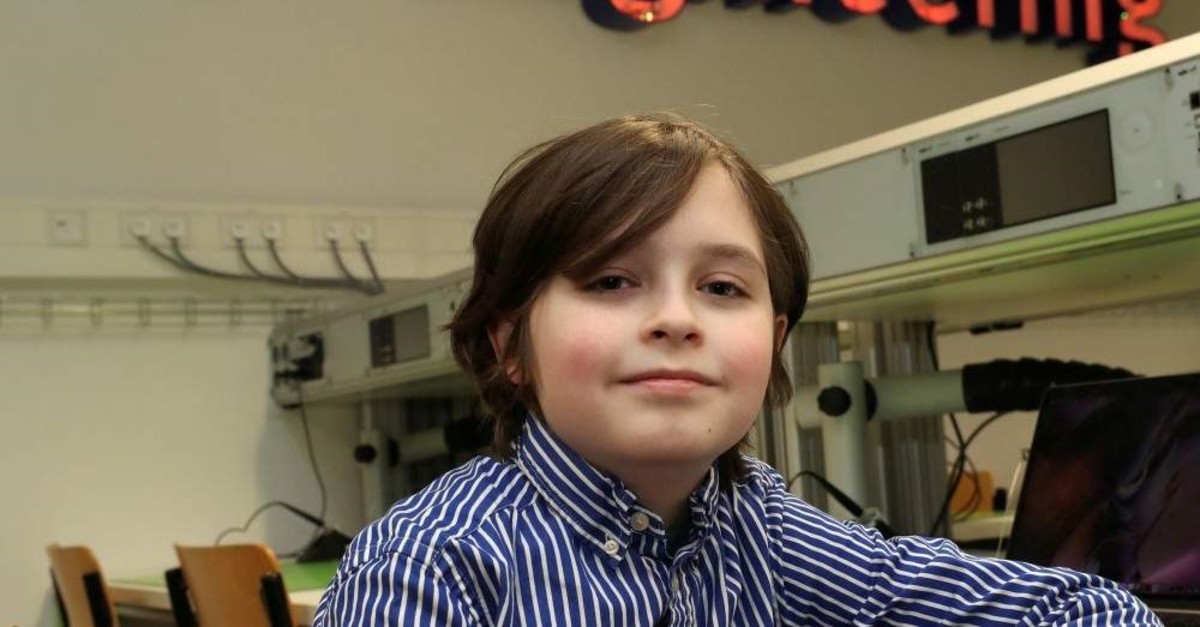 Nine-year-old Belgian student Laurent Simons poses at the University of Technology in Eindhoven, Netherlands Nov. 20, 2019. (Reuters Photo)
by Dec 10, 2019 9:22 pm
A nine-year-old Belgian boy who was due to graduate in electrical engineering has dropped out of his Dutch university due to a dispute over the end date of his degree, his father said Tuesday.
Young prodigy Laurent Simons hit the headlines worldwide when it emerged he was on course to receive his degree from the Eindhoven University of Technology in December and become one of the world's youngest graduates.
But his father Alexander told AFP he had now quit because the university wanted to delay his degree until the following year. "Today he already got two offers from foreign universities," he reported, saying: "We have good times ahead of us."
The university said in a statement that it had suggested a timetable that would have allowed the boy to finish in mid-2020, which would have been "in any case a very fast timetable."
"His parents decided not to accept this plan and to end his studies here. We regret that," it said.
The university claimed that Laurent's father repeatedly asked that his son earn a degree by the age of nine, which would have meant Laurent would have completed a three-year course in the space of just 10 months.
"Laurent is an unprecedently talented boy, whose way of working is exceptional. Nevertheless, the university did not believe that this end date was feasible given the number of exams Laurent had to pass before his 10th birthday on December 26."
Born to a Belgian father and Dutch mother, Laurent was, for the early part of his life, raised by his grandparents in the Belgian coastal resort of Ostend. Starting school at four, he completed elementary school in just one year and a half. It has taken him just five years to complete elementary, high school and university.
Laurent told AFP in November that he eventually wanted "make artificial organs to prolong life" — while adding that his hobbies also included TV and his pet dog.
Last Update: Dec 20, 2019 2:18 am
RELATED TOPICS